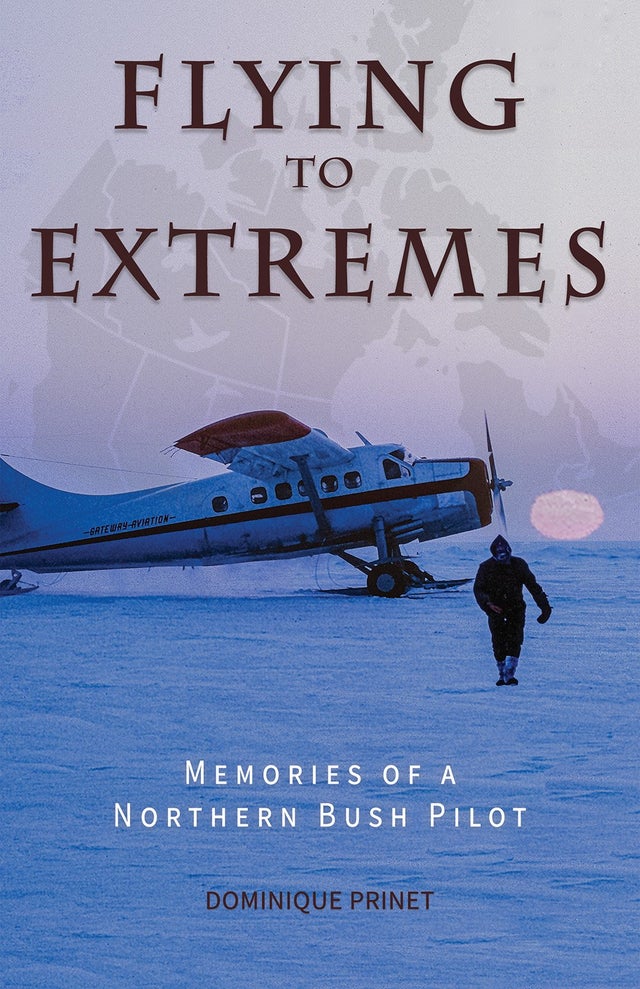 Recalling some of the most memorable escapades ever conducted in the Canadian Arctic with bush planes, Flying to Extremes takes place in the late 1960s and early 1970s from a base at Yellowknife, in the heart of the Northwest Territories. Illustrated throughout with colour photographs.

Read Brian Cotter's recent review of this book on this site .

** Our late 2021 supply of this great book has sold out. Scroll down for details on potential reordering at the CAHS Promo price.**

Sold out
Add to Cart
** Although our initial stock has sold out, if we find there is enough interest, we would be able to place another order with the publishers (we need to meet a minimum amount to get the discount offered previously). If you would like to put your name on a wish list for a future copy, please email Rachel, and if we have enough interest, we will place another order and contact you to let you know that this book is available again. Thanks for your interest and support.
Beyond recounting so many near-mishaps, this book is also about colourful people: the trappers, prospectors, miners, adventurers and gold-ingot thieves who constituted the fauna at the main bar in Yellowknife in those days. For Arctic dreamers, there was always the flight to the Nahanni River, with its Deadman’s Valley, hot springs, tales of lost or dead prospectors, the many airplanes crashed in pursuit of gold, and much more Nahanni lore.

This entertaining book recollects Prinet’s adventures as a young man while capturing the humour, beauty, danger and unique culture of northern communities, in the dramatic landscape of the Canadian Arctic. Readers familiar with the region and those who can only dream of visiting it will both find this title a nostalgic and captivating read.

Author Dominique Prinet, in the 1960s worked as a commercial bush pilot in the Canadian Arctic and High Arctic, on floats in the summer and skis in the winter, navigating with an astrocompass.  He holds an airline transport pilot licence and has more than 5,000 hours of flying. Following classical studies in Paris, it was Prinet’s intensive flying in the Arctic that allowed him to pay for further studies in electrical engineering, helping him to obtain his masters from McGill University. The stories in this book describe some of the adventures he experienced in northern Canada.
Dominique Prinet would go on to work for Nordair and Canadian Airlines in VP positions. Prinet has also filled his life with many adventures, from climbing 12,000-foot peaks to crossing the Atlantic in a sailboat. To read more about Dominique Prinet’s life, please click here.

Click here to see a recent CAHS Ottawa Chapter monthly meeting where Dominique spoke about flying experiences described in the book, Flying to Extremes: Memories of a Northern Bush Pilot.