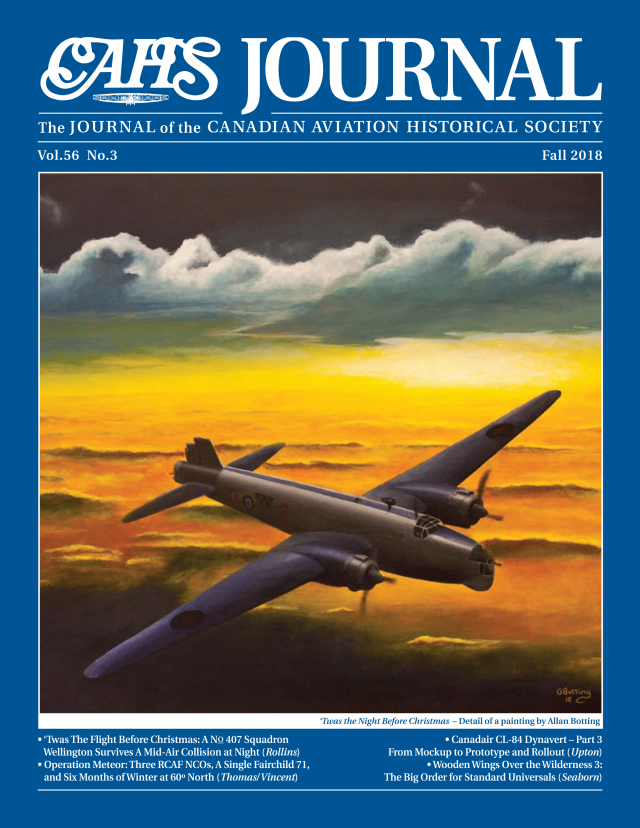 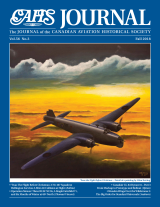 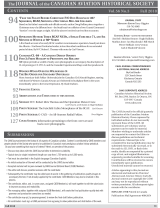 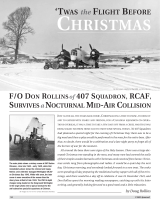 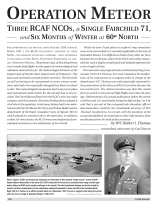 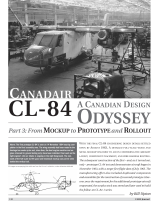 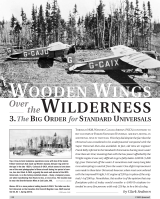 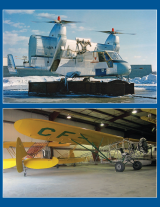 Based on his father’s materials and official records, author Doug Rollins pieces together a

“heavies” over the target at night. All of the aircrew involved survived the encounter.

A first hand account of an early RCAF weather reconnaissance operation, based just above

the Alberta –Northwest Territories border, in less than ideal conditions for an extended

period of time. By W/C Robert I. Thomas with notes by Carl Vincent.

110: Canadair CL-84 – A Canadian Design Odyssey Part 3: From Mockup to Prototype and Rollout

CL-84 prototype CF-VTO-X, and the Canadair Experimental Shop work that produced it.

118: Wooden Wings Over the Wilderness 3: The Big Order for Standard Universals

immediately prior to the Great Depression. By Clark Seaborn.