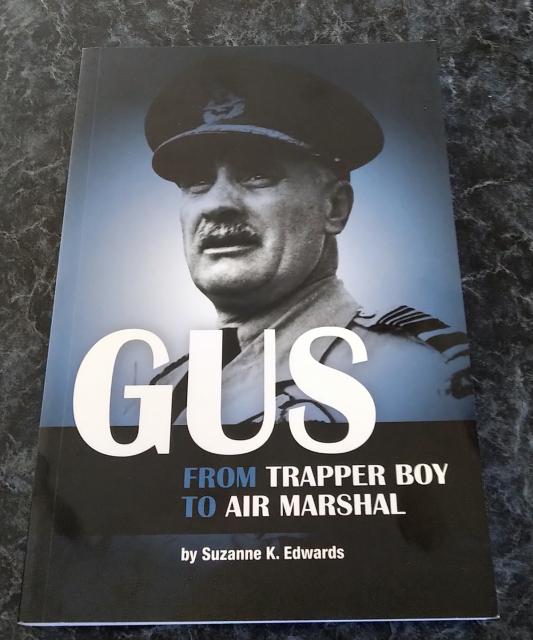 ﻿Gus--From Trapper Boy To Air Marshal, by Suzanne K. Edwards, is the life story of Air Marshal Harold "Gus" Edwards, as told by his daughter. As the title suggests, self-educated Gus Edwards moved from humble beginnings in the coal mines to become one of the most senior officers in the Royal Canadian Air Force. Well known for his championing of Canadianization, Edwards became a controversial figure during the Second World War. It was his conviction that Canadians in the armed services would function better if they could be concentrated in Canadian squadrons rather than scattered throughout the RAF. There were arguments for and against his efforts, and the author presents a comprehensive picture of the controversy. Air Marshal Edwards had his share of adventures, as a fighter pilot in World War I, a prisoner of war who escaped and was recaptured, and on through to World War II as Air Officer Commanding-in-Chief RCAF Overseas. Here is a man who lived life to the fullest, giving his all for his country, but at no time ever neglecting his wife or children.