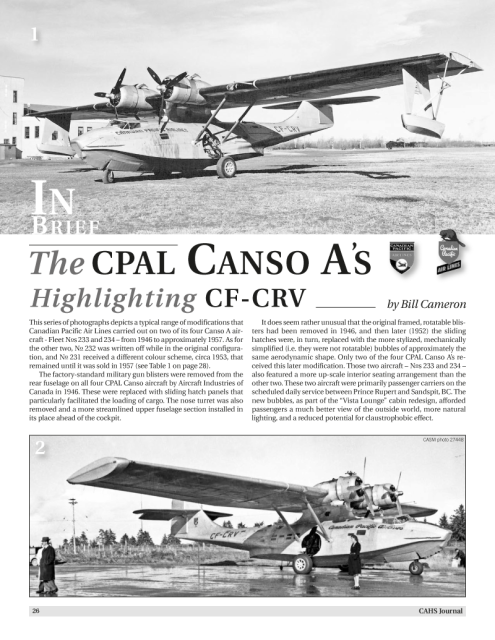 In Brief: The CPAL Canso A's – Highlighting the CF-CRV