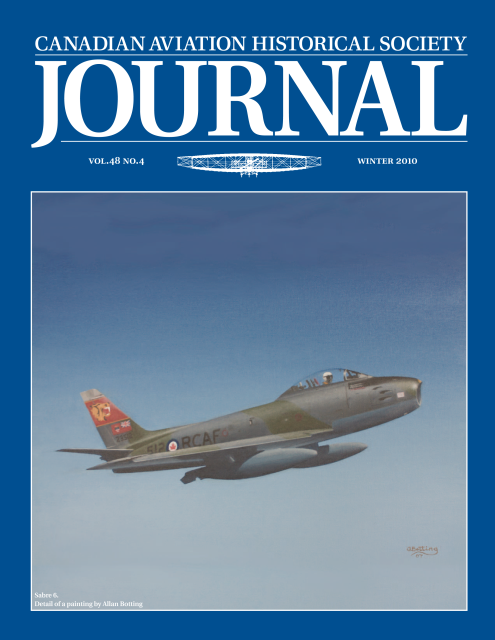 Capt. Brick Billing summarizes the RCAF’s massive effort to get its jet fighter commitment to NATO across the Atlantic at the start of the Cold War.

A youthful crew, an older converted Lancaster X, and bad weather off the east coast; another of the occasional series on RCAF crashes by Hugh Halliday.

The Curtiss HS-2L and the Beginnings of a National Air Force.

Part 2 is the story of the final years of the type’s RCAF service from 1925 to 1928. Excerpted from a new book By John Griffin and Tony Stachiw.

​All feature articles are also available separately as digital PDF files (copy / paste any one of the article titles above into the site search in the main menu.)