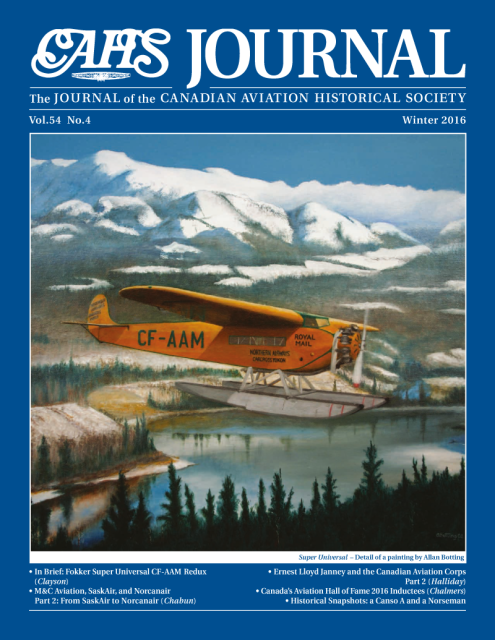 many that was converted to civilian use postwar. By Terry Higgins, with Jack Stiff

Based on an excerpt from Yukon author Donna Clayson’s Moccasin Telegraph story,

this article pays homage to an important Canadian bushplane type. Includes a table

In this second instalment, Hugh Halliday picks up the UK side of the story and details

the careers of the three central Canadian Aviation Corps figures.

succinct biography of each.