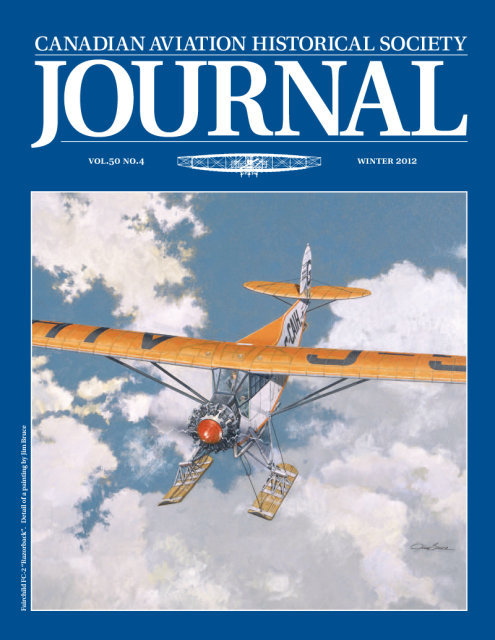 This, the third of a five part series covering the career of Canadian engineer and aerodynamicist “Bev” Shenstone, takes us into the second world war years, beyond his time at Supermarine and the Spitfire wing. Here author Wayne Saunders points his lens at the subject’s more profound responses to war, among other things.

Pilot, executive and author Fred Hotson left a rich legacy in both aviation and aviation history circles. His long-time friend and often-times collaborator, Larry Milberry, shares memories of a man and a vigorous lifetime of aviation-related pursuits.

The DHC-2 Beaver: Working Crops Around the World – Part 2

Author Renald Fortier concludes his coverage of de Havilland Canada Beaver’s worldwide use as an agricultural aircraft in this, the second of two parts. Acquisitions by, and usage in Australia and India, as well as the development of the Agricultural Combination Model, are covered.

Neil Aird of www.DHC-2.com fills things out nicely with a photo essay on Agri-Beaver version-specific details.

Bruce McLeod, Patrick Campbell and Mark Whittaker of the Canadian Aviation Heritage Centre provide a snapshot of their organization’s recently completed Fairchild FC-2 full-sized replica, summarizing the historical significance of the aircraft and the project itself.