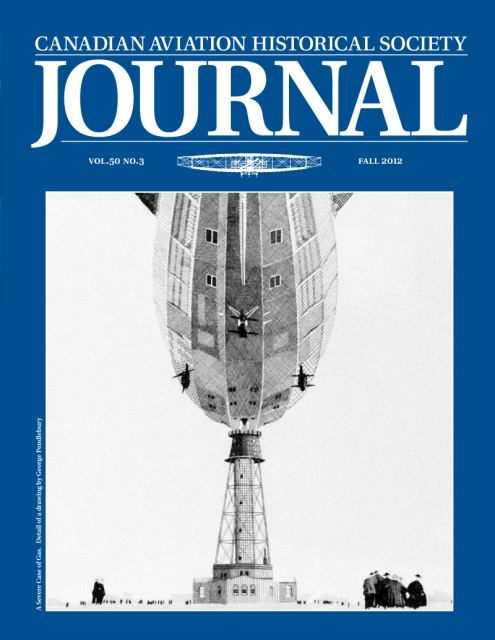 Author Mathias Joost brings us another interesting story from the depths of the Canadian Forces Directorate of History and Heritage with his evocative photo essay and the brief but nonetheless informative narrative that accompanies it.

Canadian Aviation Achievement Honoured in the Hall of Fame

Canada’s Aviation Hall of Fame Historian John Chalmers presents a set of historical summaries of the four individual CAHF inductees and one Belt of Orion recipient for 2012.

A Giant in the Night: R-100 Meteorology, Navigation and Wireless

Recounting the epic journey across the Atlantic, with emphasis on the airship’s crew taking advantage of the wireless technology of the day to exploit meteorology updates in an effort to optimize long-range navigation. By Terry Higgins.