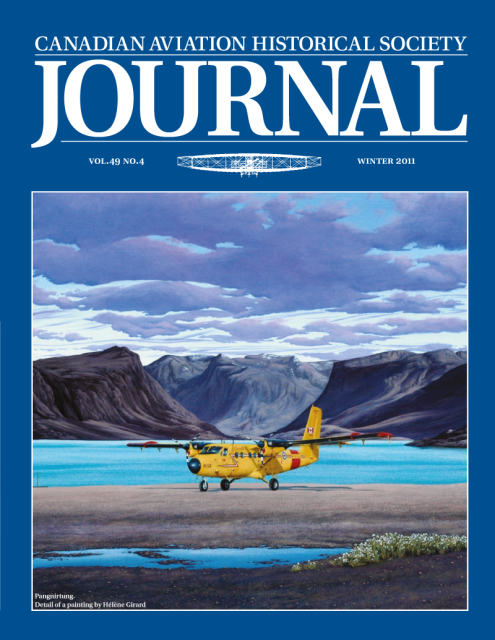 The Birth of the DHC-6

The Editor offers a brief summary of the events leading up to Twin Otter production.

The development of floats for the Twin Otter is a story which mirrors that of the aircraft itself in some respects. CAP 12000 development is detailed and the Wipline 13000 introduced. By Terry Higgins

Bill March chronicles Canada’s role as apart of a United Nations effort to keep the peace between India and Pakistan, and the loss of Canadian Aircraft, including Twin Otter 13808, on both sides of the border.

Edmontonian Mark Proulx tells the story of a local SAR operation that developed into multiple aircraft losses before the original crash was located.

Some exceptional Twin Otter images – pole to pole and straddling the equator – complementing the usual back cover colour presentation. Courtesy of Canadian Collectors and Photographers alike.

The 400 is Here: Viking’s Pheonix on the Rise

Pilot and author Patrick Fynes looks at the new-build series 400 Twin Otter, and at how a small Canadian company made the transition from being a parts and maintenance specialist to a full fledged aircraft manufacturer within half a decade.

Deviating a little from the Twin Otter theme up through to the 1970’s part of the story, this comprehensive squadron history narrows focus on the well-storied formation’s many role changes and its eventual evolution into the Canadian Military Twin Otter specialists. By Bill March