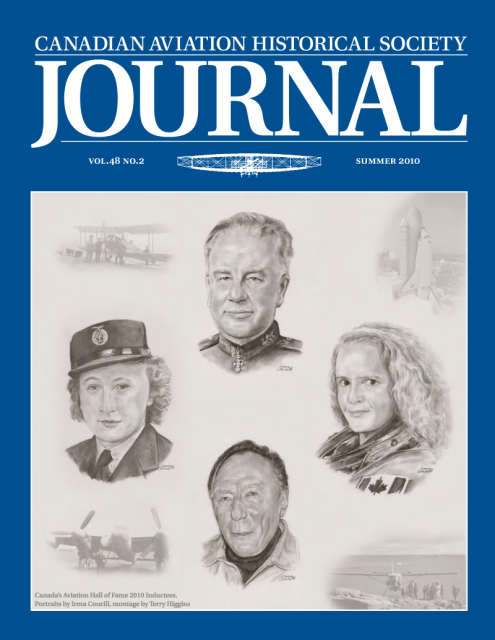 Montréal Chapter President Dick Pickering provides a snapshot of the

The RCAF and the Civilian Flying Clubs.

Details of interactions between the two throughout the entire history

of the relationship. By Matthias Joost

Command crew shortly after take-off from Dorval in 1944.

An overview of the formal induction ceremony along with a biographical

sketch of each of the inductees by John Chalmers.

Add to Cart
This Journal is also available in traditional print-publication form here.
This Journal is currently out of stock in print form, but feel free to place a print-on-demand order here.