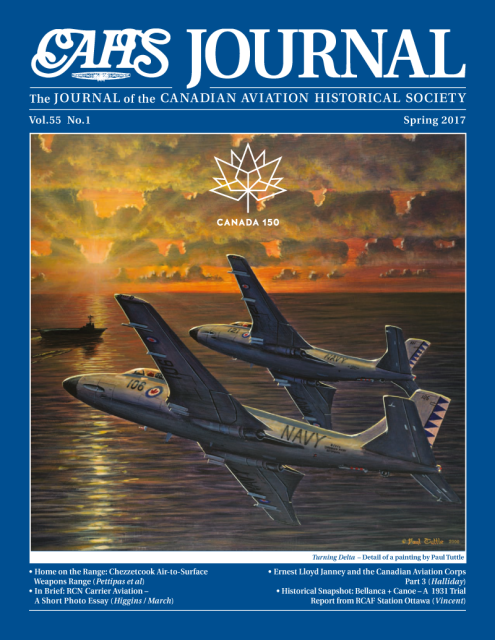 A Collection of stories reflecting the experiences of Royal Canadian Naval Aviators on the range on the coast of Nova Scotia starting in the early 1950s. Compiled by Leo Pettipas

A photo essay featuring mostly colour images unearthed while researching potential additional photos for the above article and the RCN Air Branch coverage in the previous issue. Compiled by Terry Higgins, with Bill March

Hugh Halliday’s fascinating reconstruction of the life and times of Janney continues with Janney’s return to North America and the resumption of shenanigans. Includes a couple of rare photographs of the Janney ELJ-5 Aircraft.

Based on RCAF Test and Development report No. H23 Author Carl Vincent paints a picture of one of the pirmary occupations of the RCAF’s bush pilots in uniform of the pre-Second World War era, and a seemingly minor equipment trial that may have resulted in increasing their comfort and safety in remote locations.