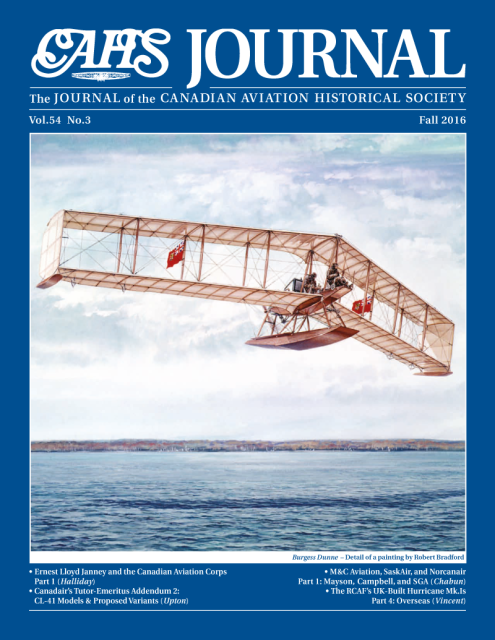 The first part in an extensive examination of Janney’s career as both a real and imagined Canadian aviator. By Hugh A. Halliday.

Regina writer Will Chabun chronicles the history of Saskatchewan’s longest-lived airline from its bushplane beginnings.

The RCAF’s UK-Built Hurricane Mk. Is. Part 4: The RCAF Hurricane is Overseas

The RCAF’s earliest Hurricanes cross the Atlantic for a second time, now as the equipment of No. 1 (Fighter) Squadron, in the concluding instalment of Carl Vincent’s detailed account.