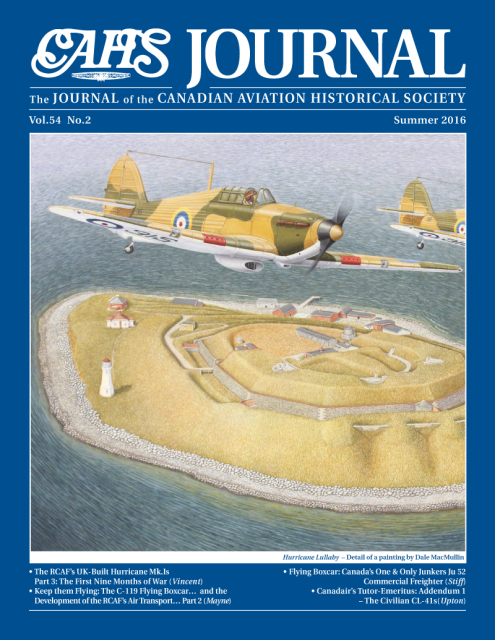 The Second World War is no longer just a threat as Canada’s lone fighter squadron possessed of modern aircraft is mustered for battle. By Carl Vincent.

Keep Them Flying: The C-119 Flying Boxcar, its Replacement and the Development of the RCAF’s Air Transport Capability (Part 2)

Dr. Richard Mayne concludes his incisive analysis of the Second World War RCAF’s quest for an air transport capability tailored to Canadian requirements – both policy and hardware decisions are examined.

This is the first of a short series of three addenda that will conclude Bill Upton’s exhaustive coverage of this iconic Canadian aircraft.