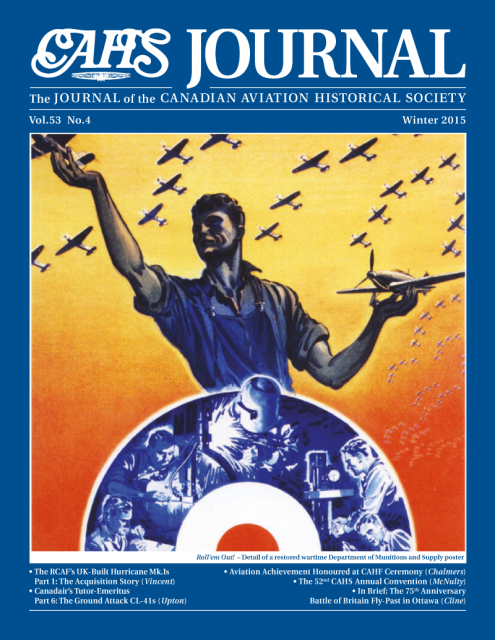 Author and researcher Carl Vincent traces the documentary history of the first hurricanes to serve in the RCAF – the early Mk.Is built in the United Kingdom and imported into Canada prior to the advent of Canadian Car & Foundry’s production of the type.

Reporting from his hometown, Gord McNulty summarizes the aviation history presentations delivered to attendees of the event in Hamilton.

In Brief: The 75th Battle of Britain Fly-past in Ottawa