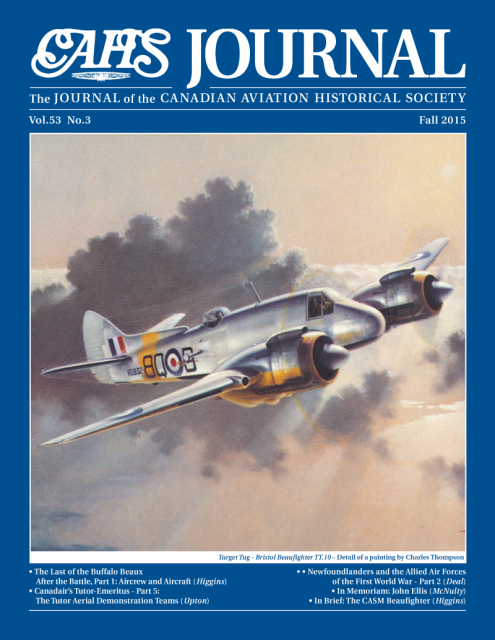 The Last of the Buffalo Beaux. After the Battle, Part 1: Aircrew and Aircraft

After documenting the recce and combat phases of this 24 March 1945 strike mission in the summer (Vol 53 No. 2) edition, Terry Higgins provides an account of the aftermath with regard to the aircrews lost.

Dr. Michael Deal’s findings on the careers of thirty-four servicemen who ended up in one of Great Britain’s three air arms before the end of the Great War. Eleven are presented herein... continued from the Spring (Vol 53 No. 1) edition.

In Brief: The CASM Beaufighter. From Slugger to Tugger to Slugger?

Some notes that may be worth considering as the long-anticipated CASM Beaufighter restoration project continues at Rockcliffe. By Terry Higgins.