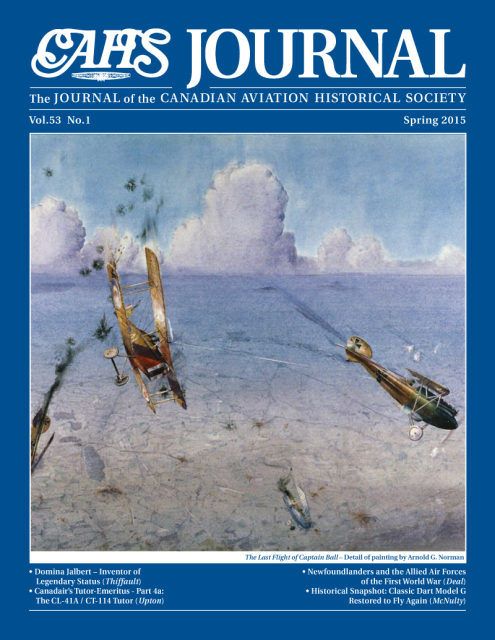 Pierre Thiffault tells the story of one of those persistent and somewhat prolific ‘under the radar’ inventors responsible for a number of successful patented designs.

Dr. Michael Deal’s findings on the careers of thirty-four servicemen who ended up in one of Great Britain’s three air arms before the end of the Great War. Eleven are presented herein...to be continued in the Fall (Vol 53 No. 3) edition.

A rare fund under restoration by a veteran of the craft in a Brantford hangar. By Gord McNulty.