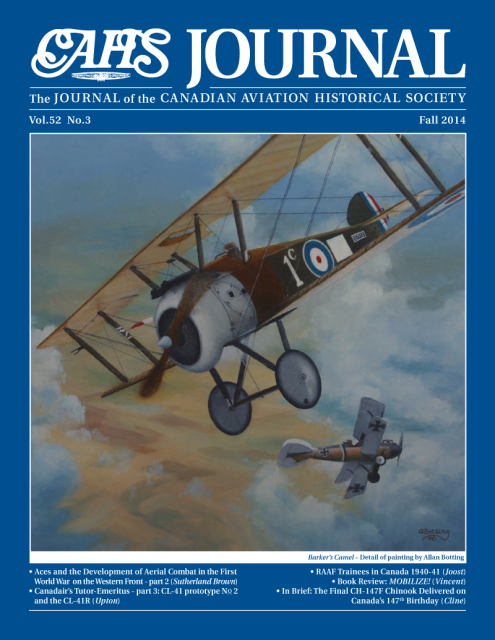 Aces and the Development of Aerial Combat in the First World War on the Western Front. Part 2: The Aces

The conclusion to Atholl Sutherland Brown’s compact treatise provides a series of small vignettes on the top twenty aces, and eight of the men who provided them with the technology, tactics and operational direction.

Bill Upton’s comprehensive history of the CL-41 continues with coverage of Prototype No. 2, which became the unique CL-41 Radar trainer for most of its active life.

The British Commonwealth Air Training Plan drew in aircrew trainees from around the world during its existence. This article looks at the experiences of the first three drafts of Australian nationals. By Mathias Joost.

In Brief: The Final Boeing CH-147F Chinook Delivered to the RCAF on Canada’s 147th Birthday.

A neat coincidence in numbers captured for posterity by Andrew H. Cline.