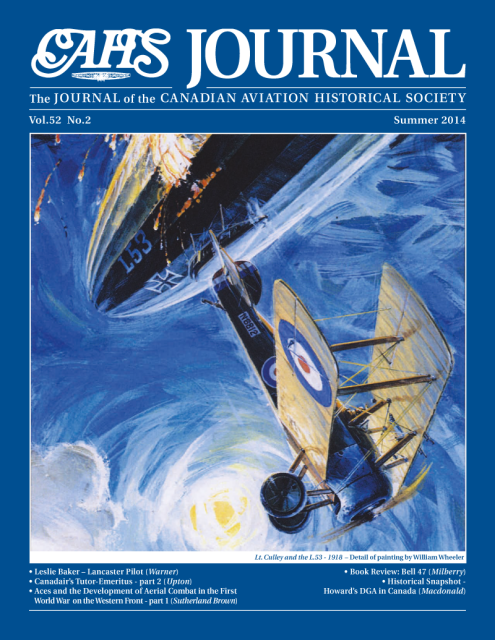 Aces and the Development of Aerial Combat in the First World War on the Western Front. Part 1: A Developing History

In this compact treatise on the earliest developments in air-to-air combat, Second World War Beaufighter pilot Atholl Sutherland Brown explores the milieu of men and machines on the front lines of the previous World War.

Ian Macdonald provides historical summaries for the lone Howard DGA-8 and nineteen DGA-15P’s on the Canadian Civil Aircraft Register, as well as brief accounts of two US-registered aircraft that ended their days on Canadian soil.