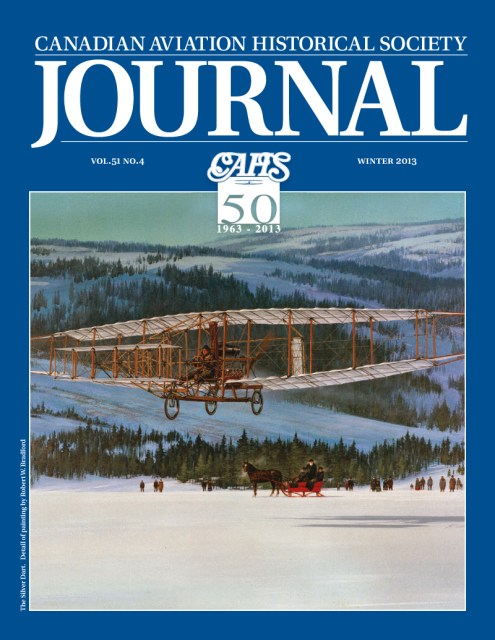 A Celebration of Canadian Aviation History: The Artists and Art of the 2014 CAHS Aviation Art Calendar

Replacing the “On the Covers” column usually seen on the inside back cover, Dr. Rachel Lea Heide samples the collection of aviation art featured in our 2014 calendar and greeting cards, and provides a peek into the personalities intimately connected to each piece. A visual celebration befitting the final Journal edition of the year within which our Society celebrated its 50th.

Jealous Regard for Reputation: Moose Jaw Civil-Military Relations After the Air Collision of 8 April 1954

An incisive examination of the interesting dynamic of interplay between military, corporate, and public interests in the aftermath of a fatal mid-air collisions between an RCAF Harvard trainer and a TCA North Star airliner over a populated area. By Dr. Rachel Lea Heide.

Gord McNulty reports from his audience seat on the rich variety of presentations delivered by the speakers at the 50th annual CAHS National Convention in Ottawa, Ontario.