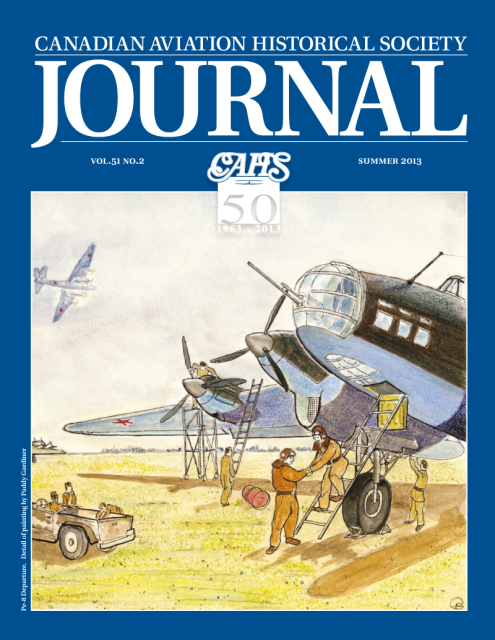 A detailed account of the pioneering days of forest dusting – the application of dry chemicals by aircraft – in the Vancouver environs. Includes interesting notes on the materials used, and statistics on the operations’ effectiveness. By Alastair Reeves

Dr. Michael Deal of Memorial University’s Archaeology Department summarizes his team’s work at a selection of archaeological sites that came to be as a result of the busy Second World War aviation activity in Newfoundland and Labrador.

The aviation aspects of the Molotov Mission – the intercontinental, transoceanic round trip that delivered Soviet Commissar for Foreign Affairs, Vyacheslav Molotov to high offices in Great Britain and the United States in 1942 – Are detailed in this article by Paddy Gardiner.

Historical Snapshot: From the IRA to MBE – John Joseph Gilmore