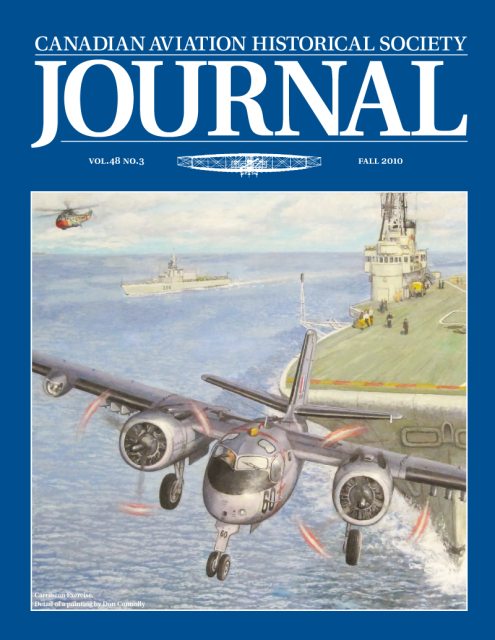 Meeting the Challenge: The 19th Carrier Air Group on the RCN’s 1949 Spring Cruise.

A detailed account of the first time HMCS Magnificent went to sea with Sea Furies embarked. By Michael Whitby

The Battle for a CPAL Transcontinental Air Route

Another of Bill Cameron’s behind the scenes accounts on the maturing of Canadian commercial aviation from a CPAL employee’s perspective.

Part 1 introduces the type and chronicles events and operations up to the end of 1924. Excerpted from a new book By John Griffin and Tony Stachiw.

The Naval career of a handful of DH-82C Tiger Moths. Leo Pettipas tells the story.

Layne Larson provides an overview of the association’s history and concludes with some insight on the nature of volunteer orginisations.

Dan Reynolds: A Legend in Dawson City’s Aviation History Looks to the Future.

A little Canadian aviation history still in the making. By Danielle Metcalfe-Chenail.