Story and photos by Gord McNulty, CAHS Vice President
Aviation enthusiasts flocked to Sarnia’s Chris Hadfield Airport on 14 August to enjoy an exceptional fly-in/drive-in open house. ​
A perfect summer day, combined with a pent-up desire to escape the COVID-19 doldrums, drew an impressive turnout of more than 120 aircraft from as far as Sault Ste. Marie and a large crowd. The airport’s namesake, astronaut Chris Hadfield, signed books and greeted visitors throughout the event, organized by Chapter 7 of the Canadian Owners and Pilots Association.
I was really surprised upon arrival to see none other than a restored Noorduyn Norseman, which revived fond memories of the Norseman Festival fly-in I enjoyed at Red Lake, Ontario in July, 1995.  It was the first time I had seen a Norseman in the all-yellow wartime colours of the Norseman in RCAF service.​ 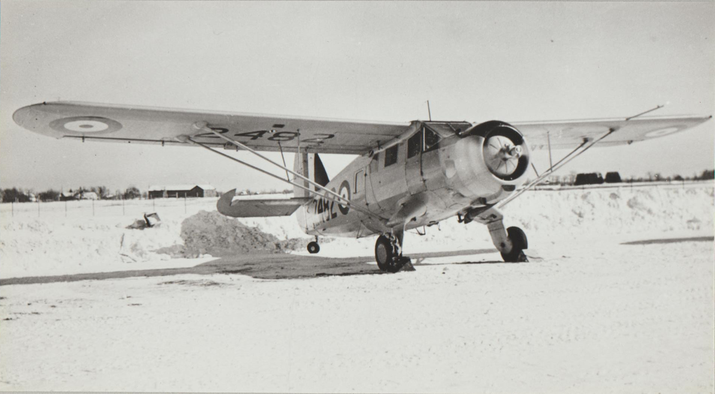 Norseman Mk.IV, construction number 55, as RCAF 2482 'back in the day' (Jack McNulty Collection)
Norseman Mk.IV c/n 55, delivered as 2482 in 1941, was assigned to RCAF Station Aylmer, Ontario, during the Second World War. It subsequently appeared on the civil registry as CF-JIN, flew with Austin Airways at Sudbury, and later went to Chimo Air Service at Red Lake. 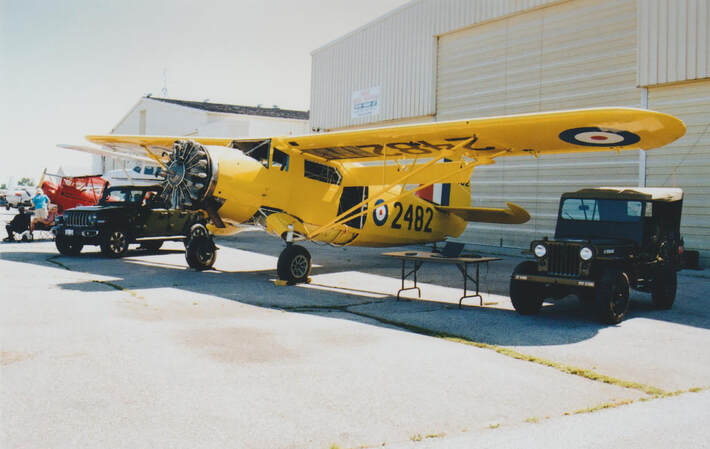 Stephen Orr's Norseman in wartime RCAF colours made an impression at the open house
JIN is one of two Norsemen being restored by a partnership at the Huron Flight Centre in Sarnia. A part owner, Stephen Orr, who owns a Chrysler dealership in Sarnia, assembled a crew in 2018 to recover the grounded aircraft deep in the boreal forest outside of Red Lake, Ontario. The crew included Jason Brent and Dennis Ryan of the Huron Flight Centre and mechanic Brian Rhodenizer. owner of Northwind Aviation in Aylmer.
​
Both aircraft had been damaged by a hailstorm. JIN was still operational after 10 months in the bush and remarkably enough, Orr told the Sarnia Journal that it “just fired up right away.” In fact, the partners believe JIN is the oldest currently airworthy Norseman in the world.
Carefully patched up over three days, JIN was flown to Sarnia from Red Lake in May 2018. Orr, who originally earned his wings in the 1970s, regained his certification and flew it back to Sarnia with Brent. After a nine-hour flight and two fuel stops, they arrived in the city after touching down in the St. Clair River. Sarnia Journal photographer Glenn Ogilvie took a fine photo of the landing as shown.

The partners had hoped to fly the restored aircraft this year, but the work has been difficult, and it’s not expected to fly until 2022. Orr is especially interested in the Norseman as his father served at Aylmer as a wireless operator on Norseman 2481.
KAO is taking longer to restore. JIN, up for sale, will be equipped with wheels. KAO will have floats and while its future is uncertain, it’s possible that it might eventually return to commercial service.
​
A beautifully restored Grumman G-44 Widgeon, C-FNGD, captured plenty of attention at the open house. This ex-U.S. Navy aircraft spent three years off the coast of New Jersey on German U-boat patrol. Once owned by singer songwriter Vaughn Monroe, it’s the product of an 18-year restoration and is flown out of Sarnia. 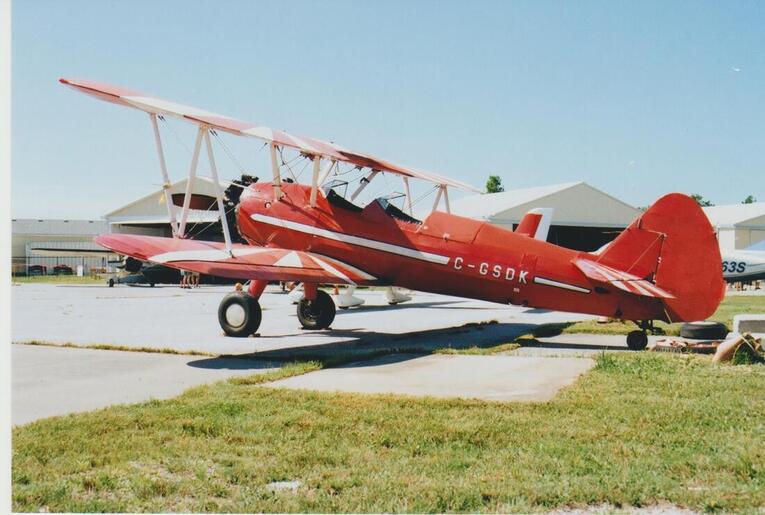 Also in attendance, Stearman C-GSDK is based in the Sarnia area.
Click Here to return to the articles page.