by John Chalmers
​CAHS Membership Seceretary
A famous flight by Denny’s father to Edson, Alberta, helped inspire the town to establish Wop May Days, first held in August 2019 and now an annual event. On the night of August 30,1919, Edmonton police constable William Nixon was shot and killed while on duty. Three days later Wop, then 23 years old, was called to fly city detective James Campbell to Edson in his Curtiss JN-4 in pursuit of the killer, who was believed to have taken a train to Edson. 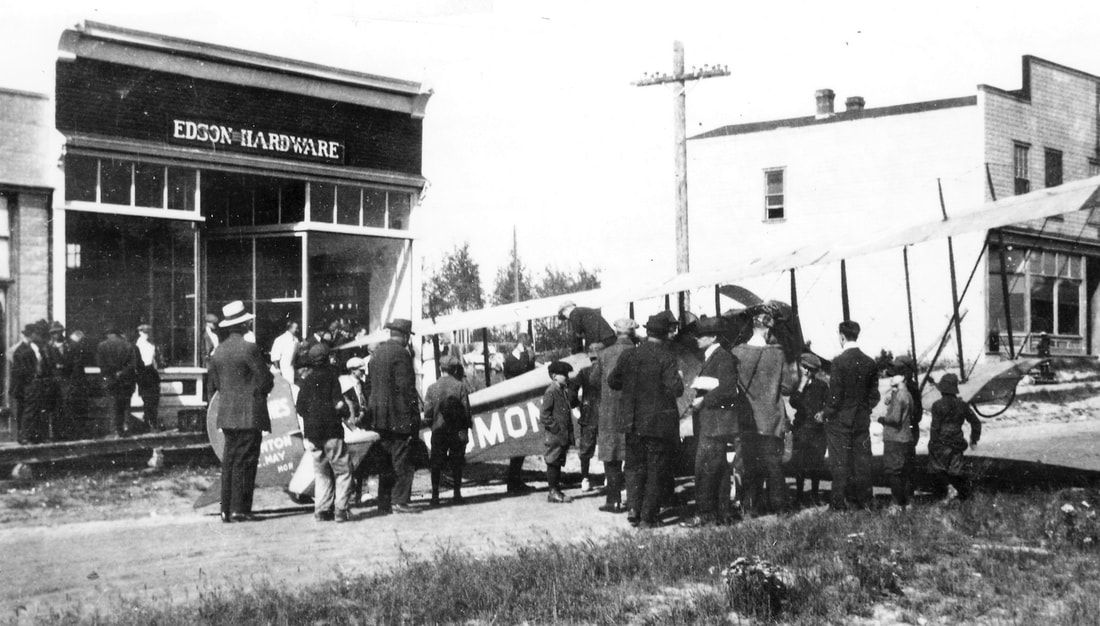 Wop’s aircraft is shown above in this historic photo after landing on a street in the town, 200 km west of Edmonton. Detective Campbell then joined the manhunt, which was successful in apprehending the suspect. The flight was the first aerial police pursuit in the British Empire.
“Wop May Days are organized as a joint effort between the Edson and District Historical Society and the Town of Edson,” says Shari McDowell, manager of the town’s Galloway Station Museum, which is operated by the Society. “Starting next year, Wop May Days will be dedicated to the memory of Denny May,” said Shari.
Editor’s note: The eulogy for Denny May was given by John Chalmers at the memorial service for Denny held on October 11. To see that tribute, Click Here...