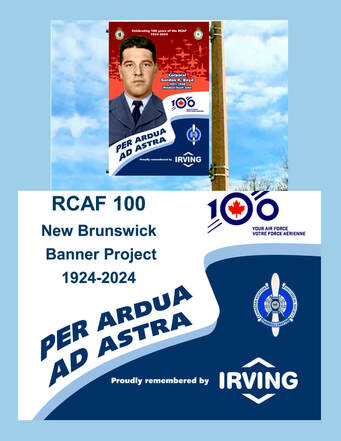 Poster mock-up.
The Turnbull (NB) Chapter launched one of their two projects to mark the Royal Canadian Air Force (RCAF) Centennial in 2024. The RCAF 100 New Brunswick Banner Project will produce 100 banners showcasing 100 New Brunswick Veterans and Service Persons who served with the RCAF between 1924 to 2024.

While the RCAF was formed in 1924, this project will recognize its predecessor formations from 1917 to 1923 as well as the other flying formation names post Canadian Armed Forces unification in 1968.

The RCAF 100 banners will represent a diverse range of service from 1917 to 2024. During that time there were two World Wars, the Korean Conflict, the Cold War, as well as many UN and NATO missions, as well as service within Canada. The following service period breakdown will act as a guide during the selection process: 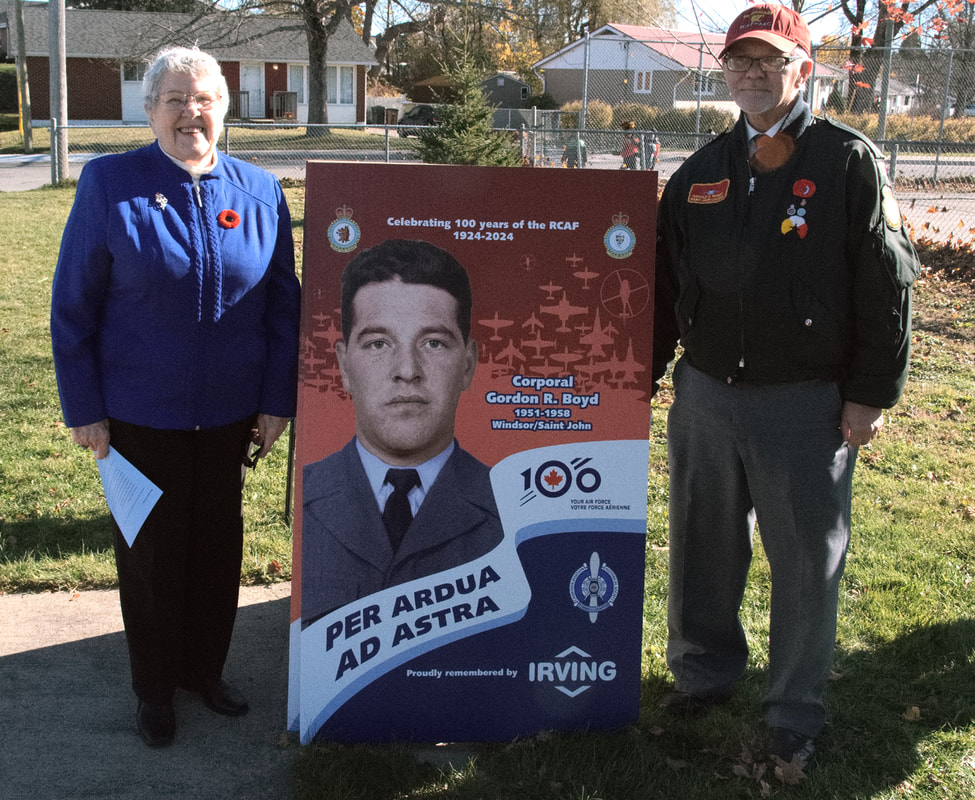 Eileen Boyd, a member of the Turnbull (NB) Chapter with the Chapter Secretary Harold E. Wright with the banner mock-up of her husband Gordon, RCAF 1951-1958.
The RCAF 100 banners will be four feet high, with graphics printed on vinyl.

Nominations may be made by submitting the following information by postal mail only:

1. Rank and name of nominee;
2. Date and place of birth and death (if applicable);
3. Dates served in the RCAF or predecessor units;
4. A summary of the RCAF and post RCAF career;
5. Provide a 5"x7" copy photographic print. Digital scans will not be accepted. If the photograph is not of sufficient quality, the nomination cannot be accepted. All photos will be returned to the nominator.
6. The nominators full contact details: postal address, telephone and email address.

Nominees may have served in the Regular or Reserve RCAF or have received an Honorary RCAF appointment. The banners will represent all ranks and all trades, regardless of age, gender or ethnicity. Self-nominations are acceptable.

The RCAF 100 Banner project is being generously supported by Irving Oil Limited. 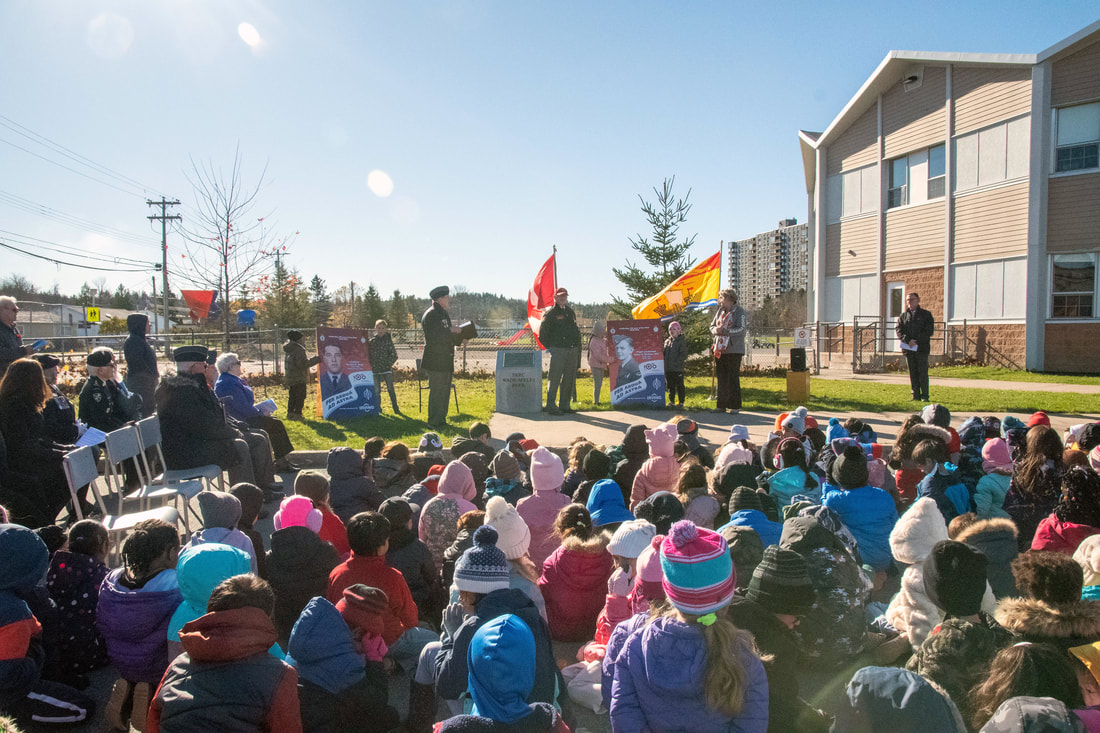 The banner project was unveiled to the community on 09 November 2022 in front of the elementary students at the M. Gerald Teed school. The school is situated at the former RCAF Station Saint John, and is now recognized as the Wade-Myles Aviation Park.

Nominations will close on 30 June 2023. You may send your nomination to:

The nomination form can be downloaded from the NB Chapter site under Events.
Click Here to return to the articles page.