The Royal Aviation Museum of Western Canada (RAMWC) is looking to open their doors in May 2022. After a completely new construction the RAMWC is excited to welcome back visitors with programing, new exhibits and much more.
Since the inception of the Royal Aviation Museum of Western Canada (RAMWC) in 1974, its founders have worked tirelessly to amass one of the world’s largest collections of historical aircraft and artefacts, which now number more than 70,000. For thirty years, the museum operated out of humble facilities in Winnipeg, delighting visitors and receiving acclaim—including the ‘royal’ designation from Her Majesty Queen Elizabeth II. 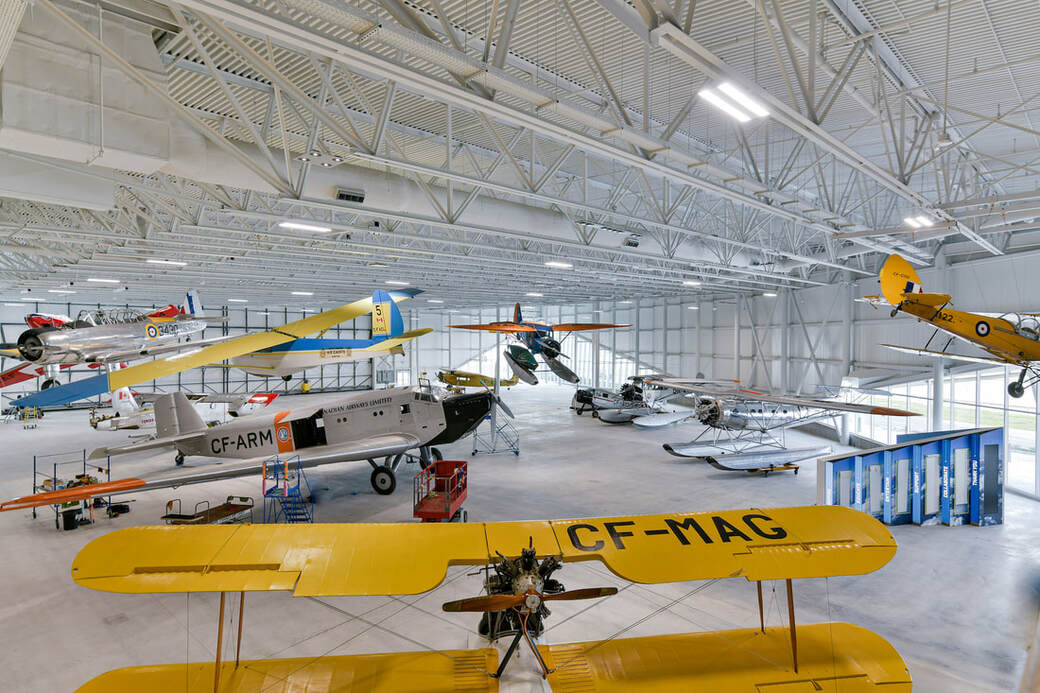 Museum Interior
In 2005, the museum’s founders and board members started dreaming of a bigger, brighter, state-of-the-art space. It took more than 15 years for their vision to take shape, but on April 27, 2020, PCL Construction broke ground at the new site on the Winnipeg Richardson International Airport campus. Despite beginning construction at the beginning of the pandemic, museum executives received possession of the new facility roughly 18 months later, six weeks ahead of schedule and under budget.

Now, the museum is nearly ready to open its doors to the public. Many of the aircraft and artefacts displayed in the 86,000 square-foot building will be familiar, but there are also some exciting new differences. 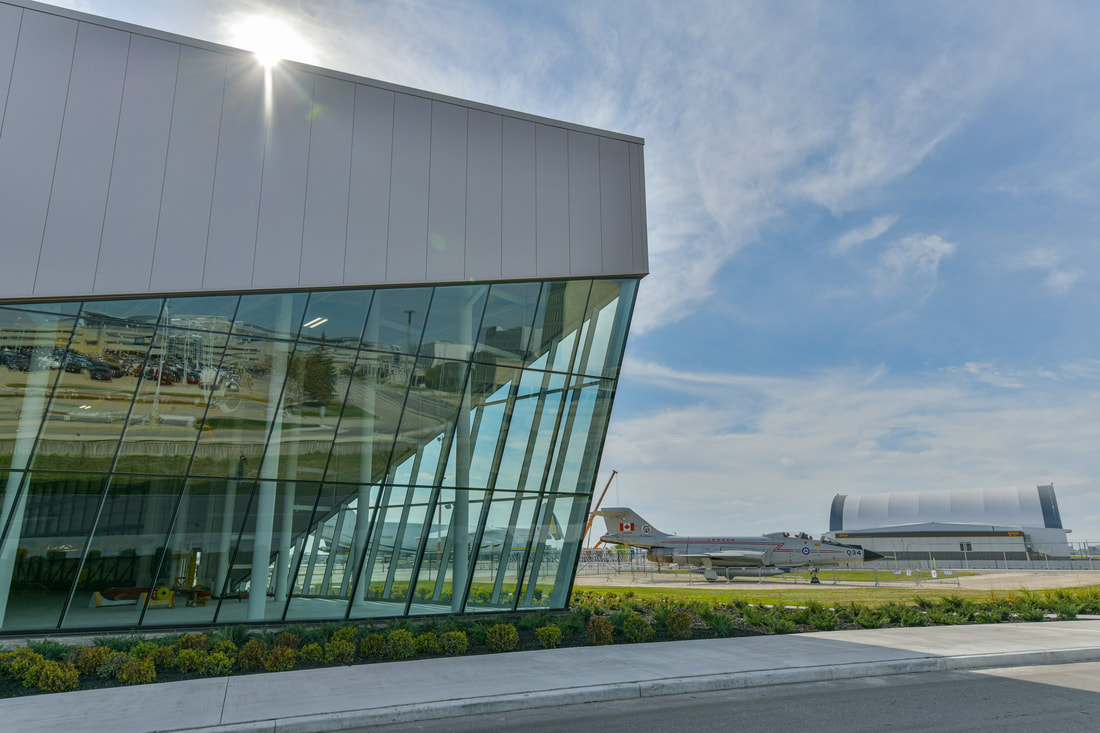 The new Royal Aviation Museum of Western Canada
Shifting demographics and the emergence of new technologies have redefined the expectations of visitors. Museum-goers now look for a more interactive experience, a space for community, and enhanced learning opportunities. The team behind RAMWC has taken all this into consideration.

While its roots are still firmly planted in Canada’s aviation history, visitors to the new RAMWC will discover these stories in a new way. The immersive and engaging experience will take them on a journey throughout meticulously curated exhibits including videos produced by Centric Productions and Foundation Films. Visitors will also notice a dynamic soundscape through the museum, created by RAMWC Board member and Emmy Award-winner, Dan Donahue. 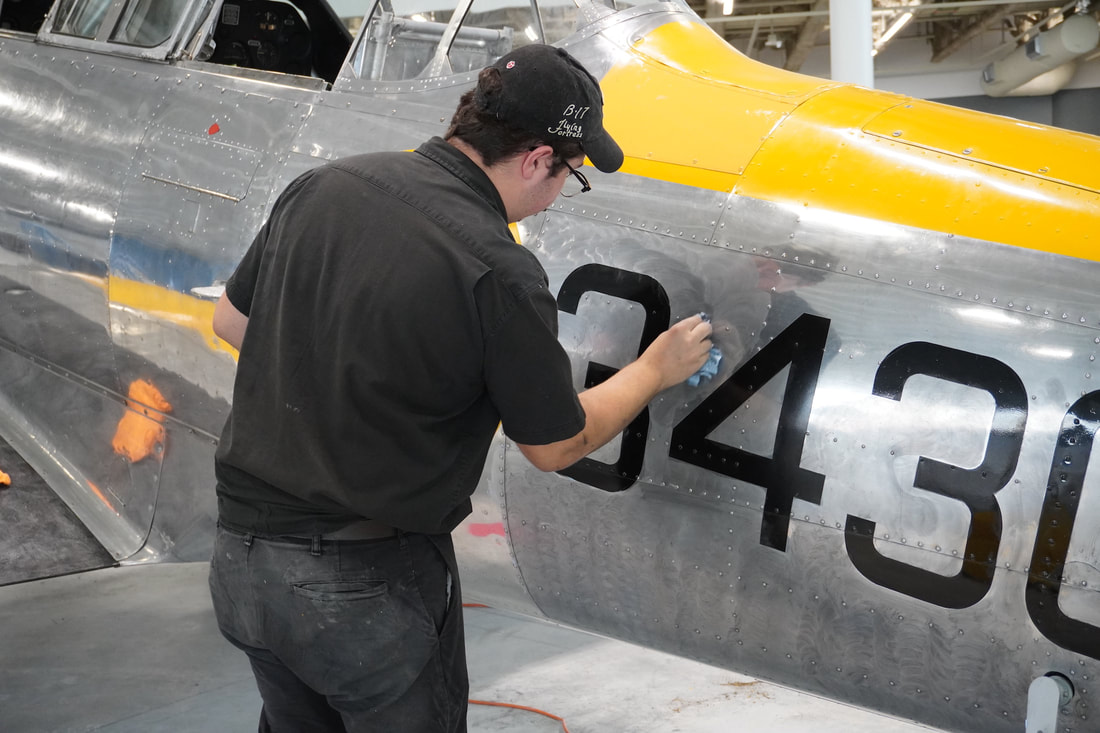 A dedicated museum volunteer readying the aircraft for the grand opening
In addition to 17 exhibit spaces, the Silver LEED-certified Museum includes: a Galaxy Exploration Zone for children; an observation lounge with stunning views of the airport’s runways and RCAF 17 Wing; meeting spaces; a new boutique giftshop, and more. And at the heart of it all are the inspirational stories of pioneering pilots, daring rescue missions, women in aviation, and feats of engineering.

Of note is the museum’s commitment to Truth and Reconciliation, threaded throughout its content. The ‘Norway House’ exhibit details the crucial role the Indigenous peoples of this community played in helping pilots map and navigate the area’s challenging landscapes and the weather. To help tell this story and others, RAMWC has brought Dr. Niigaan Sinclair on board as their Indigenous Curator. With his expertise, the museum has ensured that Indigenous perspectives are considered in every panel of every exhibit.

A focus on education is another key priority for the museum. Since 2005, more than 90,000 students have participated in their ‘Take Flight!’ program. The museum has been offering virtual educational programming during its closure, and will continue to do so in order to accommodate schools outside of Winnipeg. Plans are also in the works to launch STEM and Space programming for grades K-12 in fall of 2022. 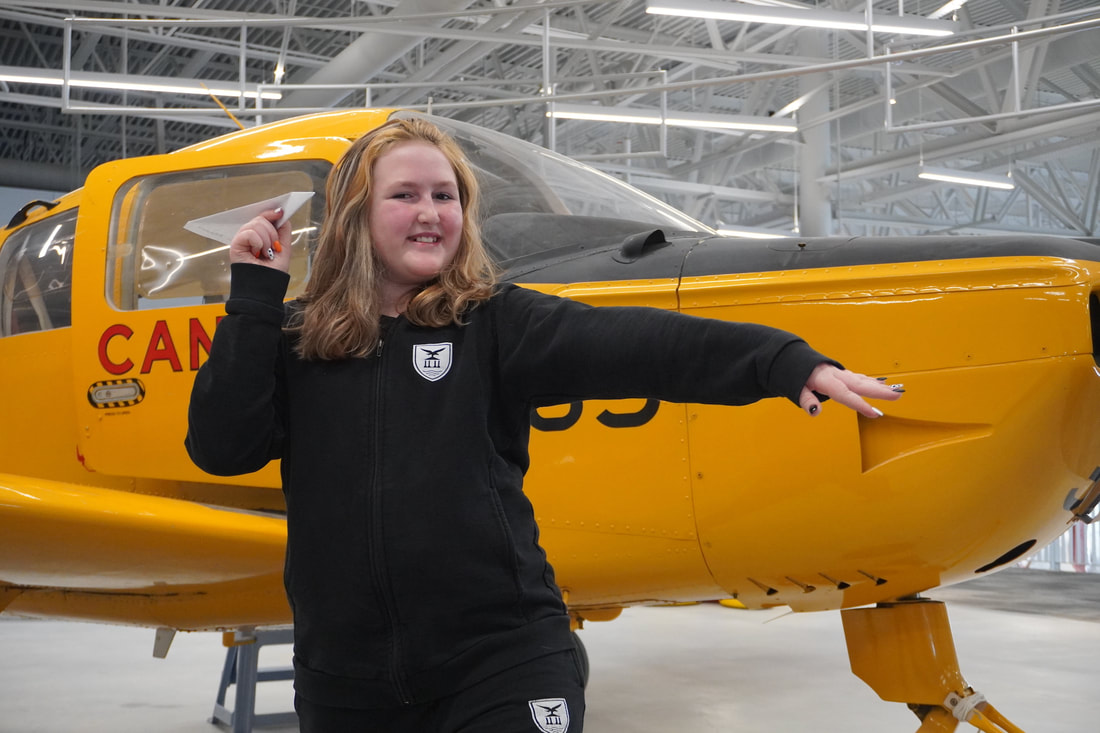 Educating the next generation with the Take Flight! Program
Even before its establishment as a city, Winnipeg was the epicentre of trade and commerce for Indigenous nations and travelers headed for all points north. When air travel landed in Western Canada in the 1920s, Winnipeg continued as a gateway for development, eventually becoming the operational headquarters for each of Canada’s first three national air services. From aerial survey and mapping to cargo and passenger transport, to innovation in cold weather flying and rocket science, Manitobans have led the way both nationally and internationally.

The museum’s founders had a vision for a museum that was more than a collection of aircraft and artefacts. They wanted to pay tribute to the remarkable contributions made by western Canadians to aviation history while at the same time inspiring and educating visitors.

It seems safe to say—mission accomplished.
Click Here to return to the articles page.