The Hawker Fury replica displays the colours of No. 43 Squadron, RAF.  Shown at the 2020 Tiger Boys  socially distanced fly-in.
All photos by Gord McNulty.
Tiger Boys founder Tom Dietrich hopes the impressive replica will be ready to fly in 2021.  The aircraft is nicely painted in the colours of No. 43 Squadron, Royal Air Force. Various tasks are being completed under the supervision of Doug Wilson, chief volunteer on the replica, currently awaiting registration.

The aircraft, powered by a 125 horsepower Lycoming engine, was previously owned by the Dart Airport Aviation Museum in Mayville, New York.  “It’s going to be a little speedster, that’s for sure,” Doug said.

The aircraft displays the distinctive gamecock badge of 43 (Fighter) Squadron, nicknamed “The Fighting Cocks.” The Tiger Boys added their own touch with a “Lady in Red” emblem on the nose to match the red trim of the RAF colours.

In addition, the aircraft now carries the name of Flight Lieutenant (later Group Captain) Peter Townsend, the legendary pilot who flew the Fury when he joined the RAF in 1935 and began his illustrious career.

It’s fitting that the Fury is now hangared with the Tiger Boys 5/8th-scale replica Hawker Hurricane which has long been a popular attraction.

Aeronca Champ CF-OTD, carrying the Tiger Boys name was also in action at the event. 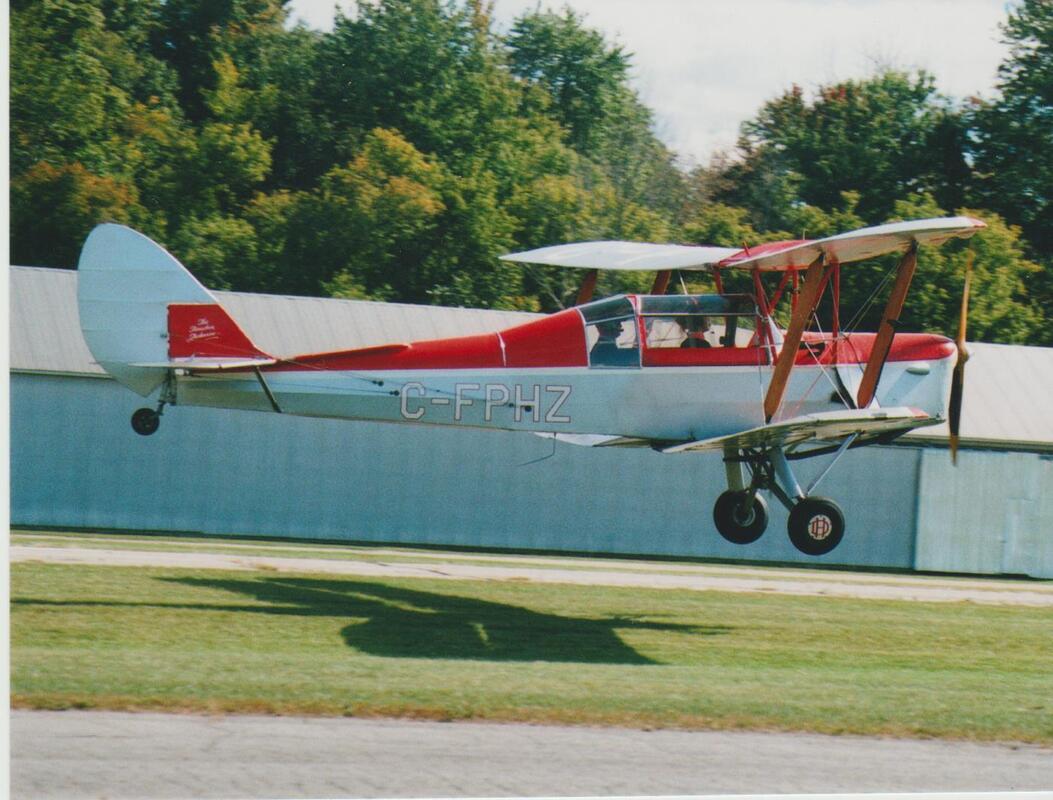 The rare Thruxton Jackaroo C-FPHZ takes off at the Guelph Tiger Boys  on 19 September 2020.
Click here to return to the Articles Archive.