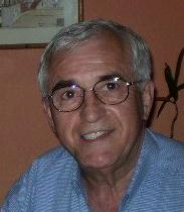 Tony was born in 1943 in Montreal, QC. He was raised and schooled in Quebec City and entered the Canadian Army Soldier Apprentice Training Program at the Royal Canadian Electrical & Mechanical Engineer School at Barriefield Ontario, in 1959. After graduation, he joined Army Aviation in 1962, where he trained on Bell, Hiller, and Sikorsky helicopters at the US Army School of Aviation, Fort Rucker, Alabama, and subsequently deployed as a Helicopter Technician with NATO forces in West Germany.
​
In 1966, he entered the civil aviation field as an apprentice engineer with Skyrotors Limited of Arnprior, Ontario. He was contracted to maintain Hiller 12Es at Universal Helicopters in support of the Baie D' Espoir hydro-electric project in Newfoundland. After obtaining his AME licence in 1967, he remained with Skyrotors in helicopter maintenance throughout the Yukon and Northwest Territories, where he was one of the first AMEs to maintain Fairchild-Hiller, Bell, and Hughes turbine-powered helicopters.

Joining Transport Canada's Air Services Division at Uplands Ontario in 1971, he shortly thereafter transferred to Quebec City, assuming maintenance responsibility for the Coast Guard's helicopters. While there, he received several awards for maintenance procedure and operational cost improvements. In 1978, he returned to Uplands, responsible for the provision of initial and recurrent helicopter training to TC pilots and AMEs.

He transferred to Transport Canada Civil Aviation (TCCA) in 1985 as Superintendent in charge of Technical Inspector and Engineer training. He co-authored the Audit and Inspection Manual, and drafted the maintenance standardization rules for NAFTA's Air Speciality Operations. The 1999 regulatory changes to AME licensing standards, credentials, and associated control mechanisms were directly influenced by recommendations in his authored White Paper on AME Licensing & Training Change.
​
He served on CARAC for CAR Sub Part 403; the FAA's ARAC for Part 43 and 65; is a past president of the Canadian Aviation Historical Society; is a founding member of the International Society of Aviation Maintenance Professionals (ISAMP); is a recipient of aviation industry awards, including Flight Safety International's Master Technician Award; has authored technical and regulatory articles; was a Moderator for several World Airline Training Conferences (WATS); and has been a member of the Atlantic AME Association since 1983. Tony remained with TCCA until his retirement in 1999.