The Comox Air Force Museum’s role is to collect, preserve, interpret, and exhibit artefacts related to west coast Royal Canadian Air Force (RCAF) squadrons and units. This story is told through our collection and its people, enabling us to engage, inspire, and encourage learning of RCAF history and heritage. ​
The museum is located at 19 Wing Comox in Building 11 which is in itself a Second World War building having been constructed by the Royal Air Force in 1942. In 1943, the base was handed over to the RCAF and over the years Building 11 has taken on many roles such as a bank, theatre, post office and in 1987 became an accredited Canadian Armed Forces museum.

Our collection is central to everything we do and comprises of more than 10,000 objects and documents, which we hold in trust for the people of Canada.
A self-guided tour of our main gallery begins at the dawn of military aviation in the First World War, loops through the Second World War, Korea, the Cold War and United Nations Peacekeeping before reaching our Squadrons section. All of 19 Wing’s squadrons, past & present, are represented. Try out our CF-101 Voodoo ejection seat and get an up close and personal view of an Argus Wright 3350, 18 cylinder engine, then have a seat in our viewing lounge to watch a DVD from our collection. As you move through the main gallery you will have the opportunity to discover the personal stories of those who are from, or who have a strong connection to, the west coast, people such as Stocky Edwards and Ruth Masters.​
Our special exhibit gallery currently highlights the British Commonwealth Air Training Plan (BCATP). The BCATP was a massive joint military training initiative between Canada, UK, Australia and New Zealand during the Second World War. More than 130,000 students were trained at over 150 schools across Canada. Learn about the numerous trades, Women’s Division, and daily life during this important part of 20th century Canadian history. In the spring of 2024, this display will be replaced by the RCAF 100 exhibit celebrating 100 years of the Royal Canadian Air Force.

A few photos of the main gallery
The Heritage Air Park is located 650m south of the museum and showcases our outdoor collection which consists of twelve aircraft and three vehicles. The airpark is open from April to October and closed during the winter for annual maintenance. 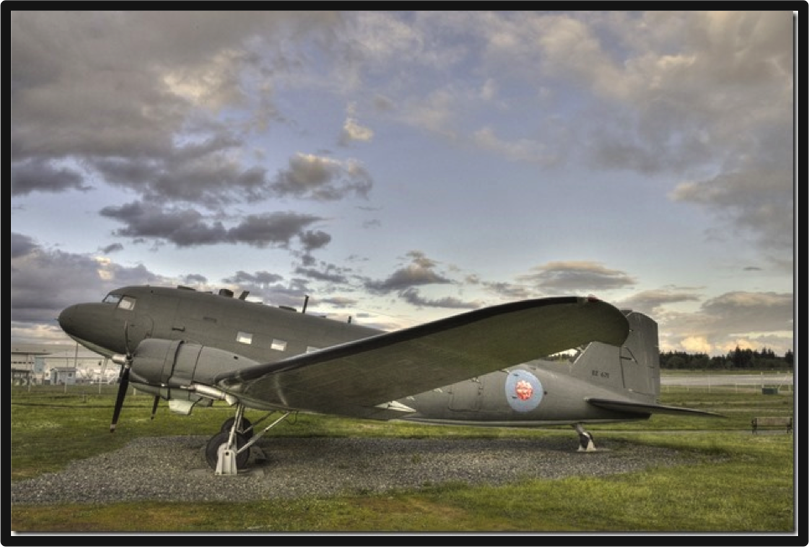 A Douglas Dakota (above) and Avro CF-100 (below) on display at the Heritage Air Park.

Whether visitors are engaging with our displays, taking part in family and/or military research in our library, attending a tour, or enjoying our various events throughout the year such as Open Cockpit day, the numerous opportunities for learning and inspiration are everywhere. Whether this is your first time or you have been here before there is always something new to discover!

The museum is located at the corner of Ryan Road and Military Way, and is open Tuesday through Sunday, from 10 am to 4 pm. Entry is by donation, and we are available for private tours. Follow us on Instagram and Facebook or visit our website (comoxairforcemuseum.ca) for more information.
Click Here to return to the articles page.