Snowy Grey Cup arrival - An RCAF Griffon from 430 Helicopter Squadron whips up the snow at Bayfront Park
CFL Commissioner Randy Ambrosie with the Grey Cup at Bayfront Park
The Griffon was painted in an impressive colour scheme honoring the 50th anniversary (1971-2021) of the squadron’s reactivation in 1971 as a French-speaking tactical helicopter unit, making the occasion all the more special. The squadron’s gyrfalcon emblem proudly stood out on the side of the fuselage. A second Griffon, in standard finish, flew in as a backup.

Special arrival - It was an exciting time at Bayfront Park when the Grey Cup was delivered by an RCAF Griffon helicopter. 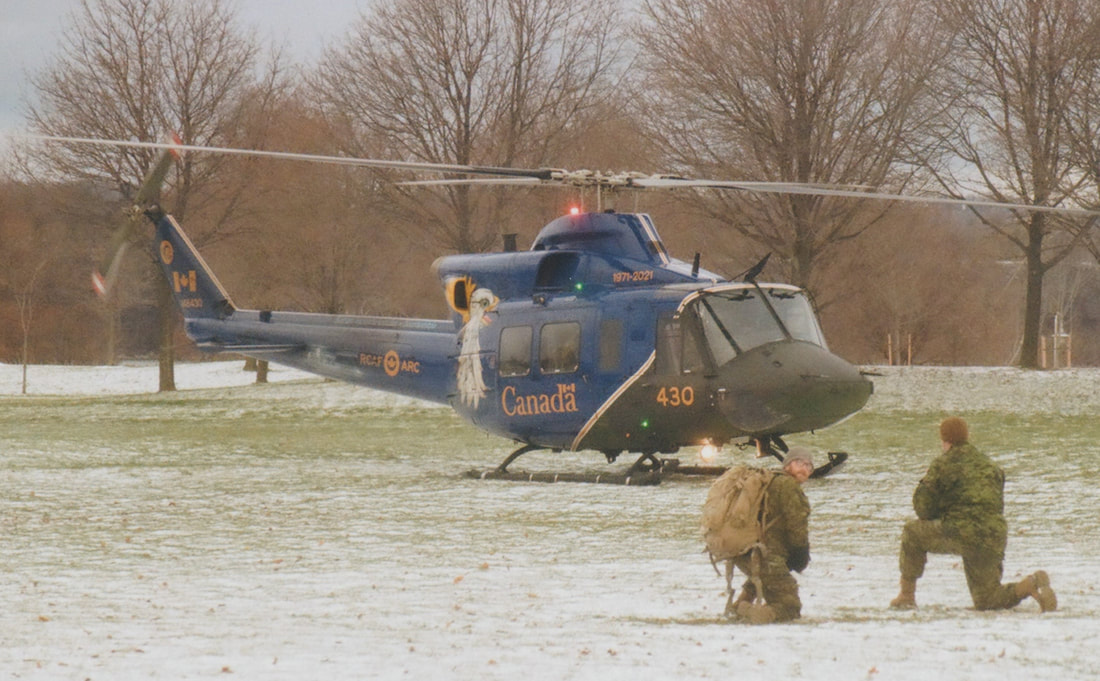 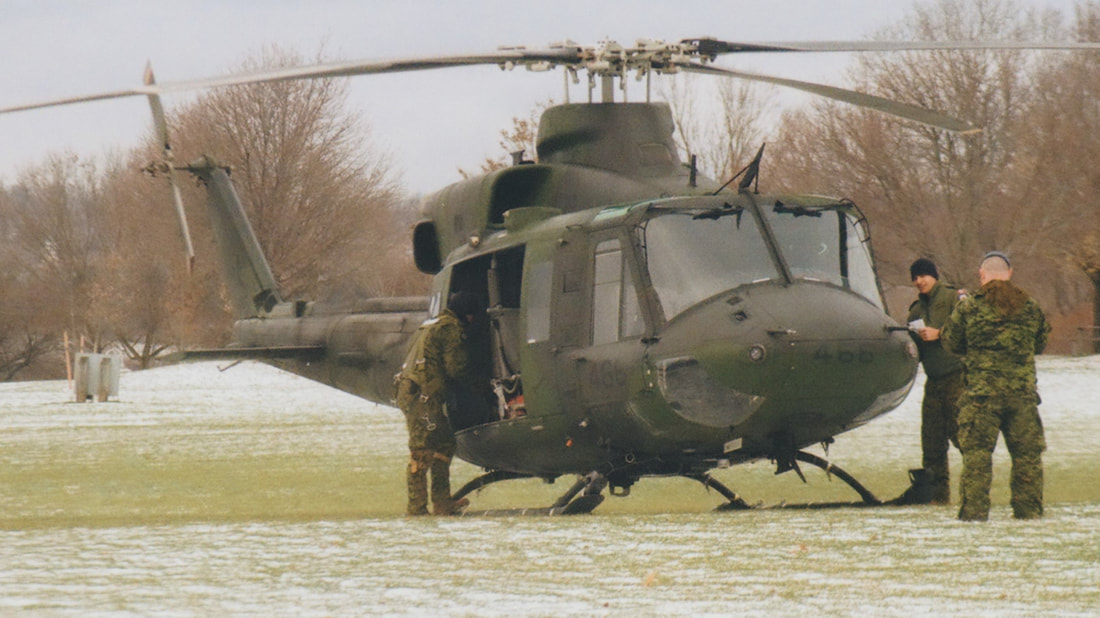 .430 Tactical Helicopter Squadron sent a backup CH-146 Griffon for the delivery of the Grey Cup at Bayfront Park
Ambrosie and other dignitaries provided a land acknowledgment at the official ceremonies, including Hamilton Mayor Fred Eisenberger, Hamilton Tiger-Cats ‘caretaker’ Bob Young and Indigenous leaders. Everyone was thrilled to enjoy the ‘one of a kind’ event.
The helicopter crew posed for a few photos with the Grey Cup before lifting off. Kudos to 430 Squadron for mission accomplished!

Mission accomplished - CH-146 Griffon 146430 lifts off from Bayfront Park on 7 December 2021 after delivering the Grey Cup to Hamilton.
Click Here to return to the articles page.