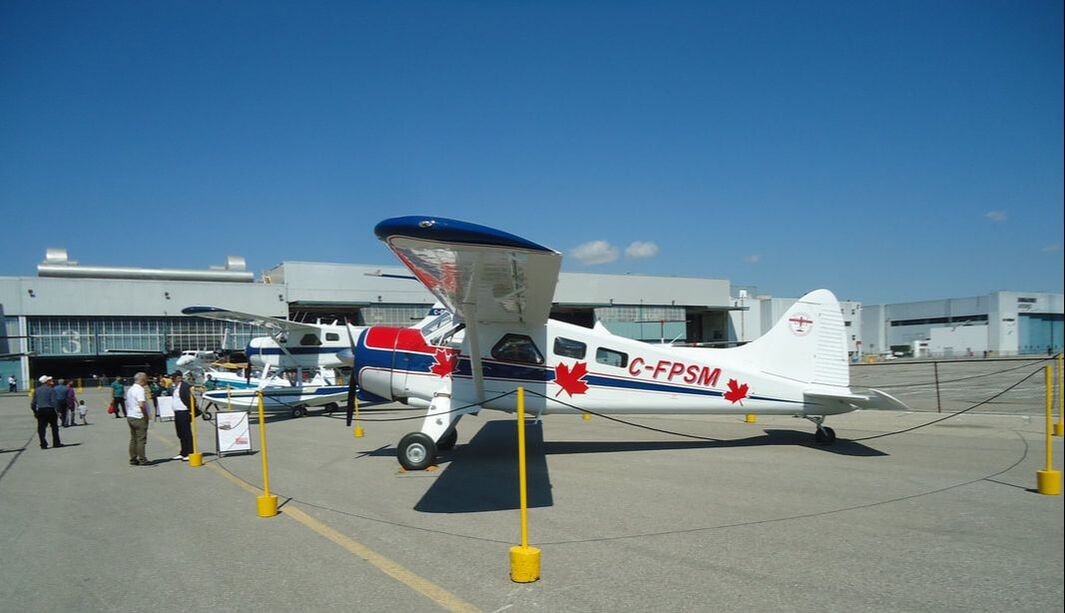 DHC-2 Beaver C-FPSM in attendance and very appropriately adorned in a Canadian Maple Leaf  motif.
On June 11, a farewell gathering was held at the Downsview Airport for DHC employees and retirees to celebrate the company’s past 93 years of building aircraft there.  I was there for the farewell.  I had worked at the plant in the Engineering Department from 1962 to 1969.  I consider that period the golden years of aviation at DHC when there were 3 or 4 different models being built at the same time.

There were many displays in the original DHC Flight Test hangar covering the history of the aircraft produced on the premises.  In addition, there were examples of most of the DHC designed and built aircraft that visited for the special event.  The gaggle of visiting aircraft included the Chipmunk, Beaver, Turbo Beaver, Turbo Otter Series 400, Turbo Caribou, Twin Otter, DASH 7 and DASH 8 Series 400.  One can not forget the DH-82C Tiger Moth that also joined the line-up.  There was no DHC-5 Buffalo available to join the static display.  When these aircraft departed in the afternoon, it ended a future opportunity to see any DHC types departing from the site.  Included here are two photos that I took that day – of Beaver C-FPSM (posted above) and the Twin Otter posted below: 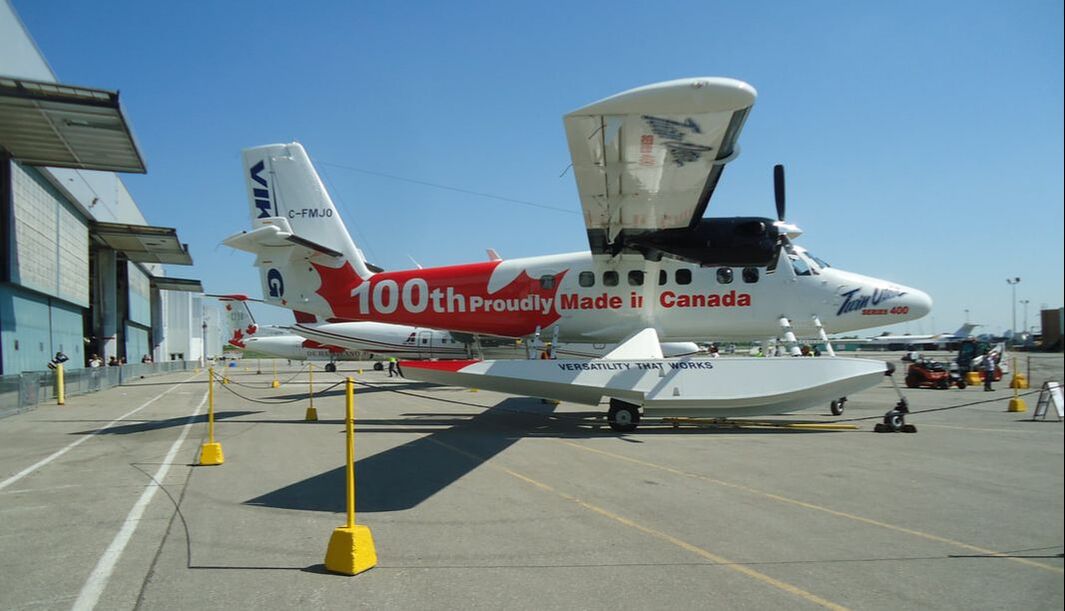 Note the new markings on the underside of the Twin Otter’s right wing indicating the make and model. The aircraft’s registration marks appear as normal on the underside of the left wing.
Most of DHC’s original production plant is now solely occupied with the production of the Global Express Executive Jet by Bombardier.  The company is scheduled to move the aircraft production by 2024 to their new plant under construction at the Toronto International Airport (YYZ).  When they leave YZD, the airport property will finally see the beginning of the residential housing being developed on the former air field site.

My first visit to the Downsview Airport was on September 7, 1946 to attend the first International Air Show held in Toronto (and most likely the first such event in Canada) after the war.  It was held over a period of 8 days including Labour Day.  It began and ended on a Saturday but was not open to the public on Sunday – remember those days?  This air show was the beginning of the Annual CNE Air Show that we can now experience at the Toronto Water Front on the Labour Day week end. All that I can remember of that visit was the low level high speed pass of a DHC built Mosquito bomber on one engine.  I was too young to operate a camera to photograph a plane in motion.
Click Here to return to the articles page.