The 47th Annual Induction Gala for 2020, previously scheduled for Calgary, was unfortunately postponed following the onset of the COVID-19 pandemic. Individuals slated for induction in 2020 were Clifford McKay McEwen, Joseph Randell, Shirley Render, and Bjarni Tryggvason. The Belt of Orion Award for Excellence was awarded to the RCAF Red Knight solo demonstration team. 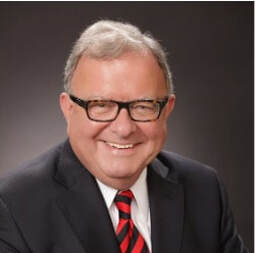 Born in England in 1941, Thomas Edmund ‘Tom’ Appleton has had a varied and influential career in Canadian aviation. His interest in aviation began early and led him to join the Air Cadets in Ottawa. Imperfect vision precluded qualification for an RCAF Flying Training Scholarship, but it did not stop him earning a pilot’s license at the Ottawa Flying Club. In the early 1960s Tom joined Spartan aviation as a navigator conducting magnetometer and geophysical surveys in northern Ontario and the high arctic. He landed at de Havilland Aircraft of Canada in 1966 where he flew the Twin Otter, Buffalo, and Dash 7 respectively as a demonstration, instructor, and development test pilot. Along the way, Tom acquired time and experience while also developing management skills.
​
Following completion of an MBA in 1981, he was appointed Director of Customer Support and took on an increasing number of files, becoming Vice President of Marketing and Sales five years later. By 1991, Tom was Executive Vice-President of the Canadair Regional Jet Division, where he oversaw the successful production and sale of CRJs and Dash 8s. Throughout his career, Tom Appleton has been recognized by his peers, including his election as Fellow of the Royal Aeronautical Society. 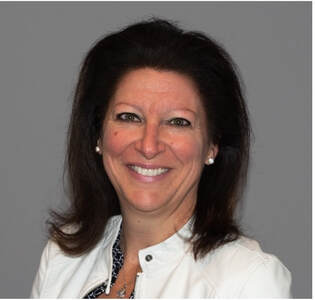 22-year veteran of the RCAF, who has logged more than 3,500 hours flying time, Maryse Carmichael served as the first female pilot and Commanding Officer of the Snowbirds demonstration team. After learning to fly as an Air Cadet, Maryse joined the Canadian military in 1990 and completed pilot training in 1994. In addition to her time with 431 Air Demonstration Squadron, she served as a Flying Instructor at Moose Jaw, with 434 Combat Support Squadron, 412 Transport Squadron, and 436 (Transport) Squadron. After retiring as a Lieutenant-Colonel, Maryse joined CAE, where she has worked in several capacities, including Communication and Government Relations Manager for Canada and Operations Manager, a position that oversees five Canadian CAE Defence and Security Training Centres.

Widely recognized for her leadership in and out of the air force, Maryse is a member of the Ninety-Nines, the International Chapter of Women in Aviation, the Snowbirds Alumni Association, and the Honourable Company of Air Pilots. She has also been named as one of the 100 most powerful women in Canada, named a YWCA Woman of Distinction, and is recipient of the Northern Lights Aero Foundation “Elsie” award for Flight Operations. 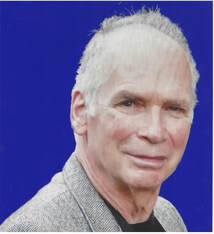 John Croll has had a highly accomplished career as a test pilot for the RCAF and National Research Council of Canada. A graduate of the Royal Military College with a degree in engineering physics, John excelled at flight training in the RCAF. As a testament to his potential, upon graduation he was sent temporarily to CFB Cold Lake at Canada’s Aerospace Engineering Test Establishment (AETE), where he was introduced to flight testing in 1971. Following a posting to West Germany, he was selected for and completed the air force’s Fighter Weapons Instructor Course. John was next selected to attend the USAF Test Pilot School at Edwards Air Force Base, where he was the first non-American awarded the Liethen-Tittle Award.

Exchange duties followed as Canada’s Experimental Test Pilot at the 6512th Test Squadron, USAF, at Edwards. Returning to Canada in 1980, John was posted to AETE as a Qualified Experimental Test Pilot and head of Aircraft Flight Test for the Canadian air force’s aircraft fleets. Later, he was the senior CF18 test pilot.
​
John retired from the RCAF in 1988 and immediately joined the National Research Council’s Flight Research Laboratory, where he flew in support of Canadian Space Agency astronaut microgravity training and many environmental research projects. By the time he left the NRC in 2008, John had amassed over 7,000 hours in 55 different aircraft types in the advancement of military and civilian aviation. 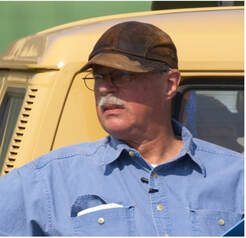 A professor at the University of Toronto’s Aerospace Institute (UTIAS), James DeLaurier’s career has been spent at the leading edge of research and development of aviation. After earning his PhD in Aeronautics and Astronautics from Stanford University, he worked at NASA during the Apollo Program, then at the Sheldahl Co. before joining the UTIAS, where he founded the Subsonic Aerodynamics Laboratory in 1974.
​
Some of his most enduring work includes his contributions to the Stationary High Altitude Relay Platform (SHARP), multiple iterations of flapping wing flight and ornithopters – including ‘Mr Bill’ and ‘Great Flapper’ as well as the Snowbird Human-Powered Ornithopter, aerostats and airships, and the Atlas Human-Powered Helicopter, which, along with ‘Snowbird’ were instrumental in CAHF’s awarding of AeroVelo the Belt of Orion Award for Excellence in 2015. 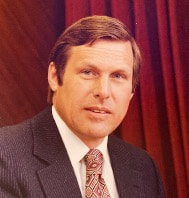 A leader in Canada’s commercial aviation sector, Rhys Eyton joined the Finance Department of Pacific Western Airlines in 1967. Over the next decade he assumed positions of increasing responsibility until, in March 1976, he was appointed President and CEO of the airline. In addition to streamlining the company, Rhys began to acquire regional carriers and then, in 1987, Canadian Pacific Air Lines. The new company, Canadian Airlines, expanded again following a merger with Wardair. In 1989 Rhys was appointed Chairman, President, and CEO of Canadian Airlines International and served in this capacity until retirement in 1995.

During a transformative era in Canada’s airline industry, which included deregulation, Rhys’s vision, decency, and leadership played a key part in the growth of his company into one of the largest private sector employers in Western Canada; indeed, between 1976 and 1994, revenues rose from approximately $100 Million to $3 Billion. Having shepherded his airline through regional mergers and building it into a true national carrier, there is little question that Rhys Eyton reshaped the nature of the airline industry in Canada. 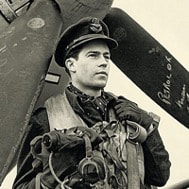 A leading Canadian air ace of the Second World War, fighter pilot Don Laubman had a distinguished career in the RCAF. A graduate of the British Commonwealth Air Training Plan, Don received his wings in 1941. Made a flight instructor, he logged over 2000 hours before being posted to 133 Squadron. Don proceeded overseas in March 1943, joining 412 Squadron flying Spitfires. After D-Day, Don was awarded the Distinguished Flying Cross and Bar. He was posted back to Canada when his tour ended, but managed to arrange for another overseas posting, this time in command of 402 Squadron.
​During his wartime service Don destroyed 15 enemy aircraft, all of but one between June and October 1944.

Shortly after demobilization, Don returned re-enlisted in the RCAF. His postwar career included postings to 410, 416, and 418 Squadrons. In 1949 he led the RCAF’s first post-1945 aerobatic team, the Blue Devils. Don also assumed increasing administrative responsibility. After attending the RCAF Staff College in 1957, he was promoted to Wing Commander, then to Group Captain, Air Commodore, Major General, and Lieutenant General. In 1966 Don played a key role in implementing the unification of Canada’s armed forces and, in 1970/71, he served Commander of Canadian Forces Europe. Don retired in 1972 and passed away in 2018. 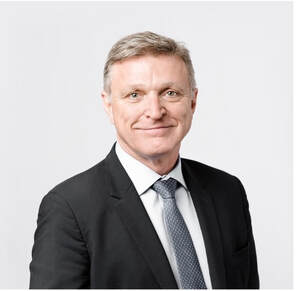 Deeply passionate about aviation, Marc Parent earned his pilot’s license at 17, before he could even drive a car. Now the Chief Executive Officer of CAE, he has been a leader in Canada’s aerospace industry since the 1980s.

Although there were few French-Canadian mentors in the aviation industry when Marc graduated from university with an engineering degree, this did not stop him from joining Canadair. Over the course of the next two decades, he assumed greater managerial responsibility, eventually rising to the position of Vice-President and General Manager at Bombardier.

​In 2005 he joined CAE as Group President, Simulation Products. Four years later he was President and CEO. Under his leadership the company has flourished, expanding beyond the aviation simulator market into healthcare, where it has played an important role during the COVID-19 pandemic.

Named a Member of the Order of Canada in 2020, Marc Parent’s leadership and contributions to aviation and to his wider community have been recognized by the Society of Automotive Engineers and the Aerospace Industries Association of Canada, among many others. 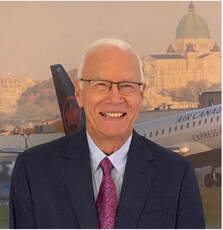 Russell Payson founded Skyservice in 1986. His aviation career had begun almost a decade earlier when he began flying for an airline. By the early 1980s, he was working in charters and managed aircraft, but when hangar space became available at the Montreal International Airport, he and two partners saw an opportunity to start their own fixed-base operator business. Skyservice expanded in 1989 to include air ambulance and business aircraft operations (later Skyservice Business Aviation Inc.). While under his leadership, the FBO, ambulance, and business services grew from 8 to over 500 employees.
​
In the mid 1990s Skyservice grew again, first by negotiating a joint venture with Imperial Oil and then with the creation of a leisure charter airline, Skyservice Airlines. Until their respective sales, Russell was principal shareholder of and either President or CEO and Chairman of Skyservice FBO Inc., Skyservice Business Aviation Inc., and Skyservice Airlines Inc. In 2011 Russell founded Sky Regional Airlines, under the Air Canada Express banner, which operated upwards of 125 flights per day until halting operations during the COVID-19 pandemic.

Widely respected by his peers and committed to supporting his community, he received the ATAC Lifetime Honoree Aware in 2005 and was awarded the CBAA Honorary Lifetime membership in 2009.

The Brampton Flying Club (BFC) got off the ground in 1946 with just one instructor, Bud Young, who trained students on a de Havilland Tiger Moth. Today, it is one of Canada’s busiest general aviation hubs. A not-for-profit corporation, the BFC owns and operates a certified airport, Brampton-Caledon Airport – the largest privately-owned airport in the country. It is home to a world-renowned flight school, the Brampton Flight Centre, that boasts a modern fleet of 24 aircraft, plus the original Tiger Moth (now fully restored), and two flight training devices operated as part of a comprehensive instruction program. Thousands of pilots have earned their wings at BFC, from recreational pilot permits to private and commercial licenses with multi IFR ratings. Hundreds of students have also graduated from its Transport Canada approved Integrated Airline Transport Pilot Licence and Flight College programs and have landed successful careers with domestic and international airlines.

The BFC is home as well to maintenance and refuelling services, a pilot shop and restaurant, the Toronto Chapter of the Recreational Aircraft Association, the Great War Flying Museum, the 892 Snowy Owl Air Cadet Squadron, and many privately owned aircraft and hangars.

Since its beginnings, the Club has promoted the growth of Canada’s aviation industry and has contributed to the local and broader economy. It remains an active citizen within the greater Caledon area through numerous initiatives such as the annual Airport Day fly-in and “Light Up the Runway” in support of the Bethell Hospice in Inglewood, Ontario.