An Aviation Museum That Publishes

By John Chalmers
CAHS Membership Secretary
Known for building the Bomber Command Memorial on the museum’s grounds, which names all Canadians who lost their lives while serving with the RCAF in Bomber Command during the Second World War, the museum is also home to its showcase Lancaster bomber. Restored with all four Merlin engines run up at special events, the Lanc is a major attraction at the museum. Night run-ups are especially dramatic. 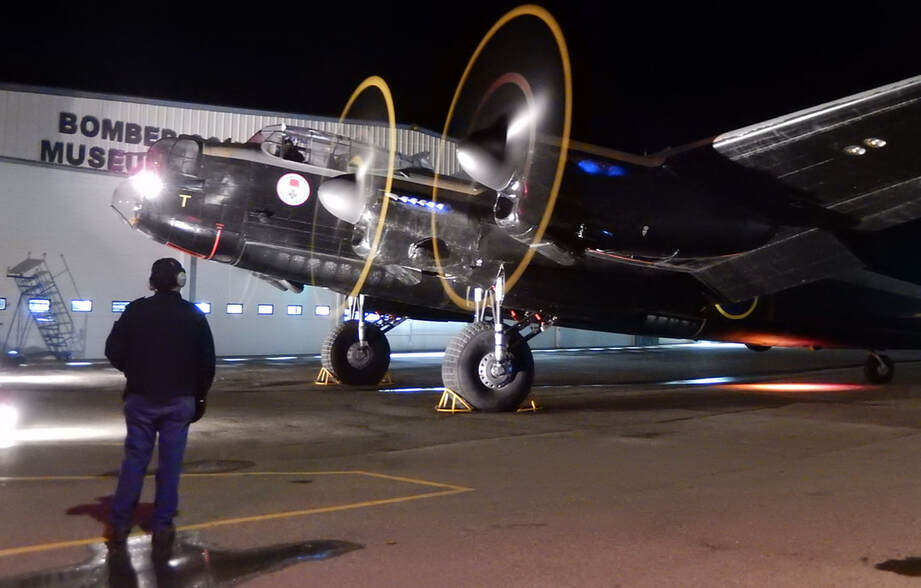 In recent times, the museum has entered the business of publishing and now has produced 14 books, all pertaining directly to the museum's focus on Bomber Command and the BCATP. In addition, the museum has three more books in the works by three different authors. Publication of those is expected in 2021.
Of the authors published, the museum’s librarian and archivist, CAHS member Dave Birrell, is the most prolific. His nine published aviation books include titles such as People and Planes: Stories from the Bomber Command Museum of Canada; FM159 – The Lucky Lancaster, about the museum’s Canadian-built Avro Lancaster, and one about the museum itself, The Bomber Command Museum of Canada. ​

Dave’s other books include books about No. 5 EFTS at High River and nose art by Clarence Simonsen. Biographies written by Dave are about Ian Bazalgette VC; Joe McCarthy, an American who flew with 617 Squadron Dambusters; Ron Watts, who flew Stearmans over the Burma Hump; and Johnny Fauquier, Canada’s most decorated bomber pilot of the Second World War. His next book is in the works!
All books published by the museum can be ordered from its Online Store at www.bombercommandmuseum.ca/shop .

“ The priority with our publishing is not to make money but rather to document the history and to share the stories,” says Dave Birrell. As a service to readers, books by Dave are available as free low-res downloads from: bombercommandmuseumarchives.ca/publications.html . 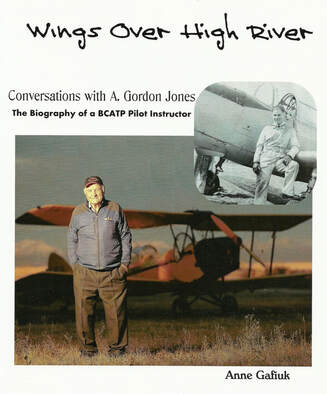 Another CAHS member, whose three books on the theme of the Second World War have been published by the museum and are available from it, is Anne Gafiuk of Calgary. “It was the spring of 2011 when I had a tour of the Bomber Command Museum with Tink Robinson, who suggested I return in the summer when Vintage Wings of Canada wartime aircraft would fly overhead,” says Anne.

​“In that collection of yellow airplanes was a Tiger Moth owned and flown by BCATP flying instructor, Gordon Jones of High River. I interviewed Gordon for a fictional story I planned to write, but was approached by Dave Birrell and the late Tink Robinson to write Gordon's biography. That led to publication by the museum of Gordon’s story, Wings Over High River.

Dave then asked if I could ‘do something’ with a wartime scrapbook from Okotoks.  It became my book, She Made Them Family.   Later, my third book, Quietus:  Last Flight, was published by the museum.” Following the death of Gordon Jones at the age of 90 in 2013, his family donated his Tiger Moth #1214 to the Bomber Command Museum. 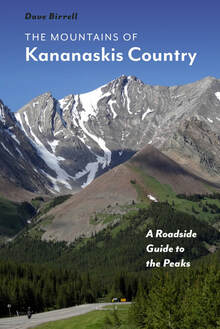 Author Dave Birrell is more than an aviation historian and a volunteer for 35 years at the museum. He is also a keen outdoorsman, very familiar with the mountains of southern Alberta not far from Nanton. He has travelled extensively in the Canadian Rockies on foot, skis and horseback, and is accredited as a Professional Interpreter by the Interpretive Guides Association.

​His newest book is Mountains of Kananaskis Country, with photos and information about 154 peaks in areas of southern Alberta. It may be ordered from its distributor, Alpine Book Peddlers in Canmore, Alberta, www.alpinebookpeddlers.ca . 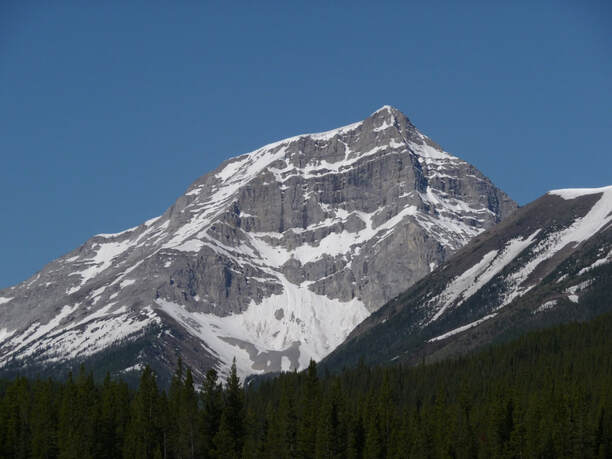 While books about aviation and books about Alberta’s Rocky Mountains may at first seem to have little in common, the process for research to write the stories is much the same. In fact, many of the 154 peaks in Dave’s latest book are named for men who served in the Canadian army, navy or air force.

Among the mountains, one bears the name of one of Canada’s best known aviation heroes. Mount Bishop commemorates William Avery “Billy” Bishop, who with 72 victories in the First World War, is Canada’s highest scoring fighter pilot. He was decorated with the Victoria Cross, the Distinguished Service Order, Military Cross and Distinguished Flying Cross. The mountain named for him has a height of 2,850 meters, and is located on the Continental Divide between Alberta and British Columbia. During the Second World War, Billy Bishop served again, playing an important role in the British Commonwealth Air Training Plan by inspiring another generation of pilots to serve their country.
​
Dave Birrell’s aviation books, and others published by the museum, can be ordered from the shop at the Bomber Command Museum of Canada. His latest, Mountains of Kananaskis Country, is also available from its distributor, Alpine Book Peddlers (web site above) Other books by Dave, about both aviation and the Rocky Mountains, are also available at that site, which can be seen by entering his name in the Search box.
Click here to return to the Articles Archive.
Click here to check out the Museum's website.