The diverse array of speakers reflected the remarkable diversity of Tryggvason’s lifelong accomplishments in aviation, passion for all kinds of aircraft and absolute love of flying.  As Williams recalled, Tryggvason invariably had a twinkle in his eye whenever he stepped into a cockpit. Tryggvason flew everything from a full-scale replica of the Silver Dart to the leading-edge Otto Aviation Celera 500L “bullet plane” which made its first flight in 2018.
Robert Thirsk, first Canadian astronaut to make a long-duration spaceflight, described Tryggvason as “an amazing individual” who was an exceptional engineer, aerodynamics expert and invaluable mentor in the astronauts corps at the Canadian Space Agency.  Tryggvason was known for his candour and didn’t hesitate to voice his views.   In a light moment at the event, Thirsk said with a smile that “Bjarni would never be appointed an ambassador.”

Dave Williams, for his part, noted Tryggvason spoke up at meetings in the Johnson Space Center while other Canadian astronauts were reluctant to make waves in Houston.

Tryggvason was President of the Canadian Harvard Aircraft Association in Tillsonburg and a contingent of CHAA members were in attendance.  Bill Shepard, interim CHAA president, remembered Bjarni on behalf of the CHAA.

Tryggvason’s daughter, Lauren, and son, Michael, shared memories of their father as well.

Toronto Chapter members will remember a presentation by Tryggvason, and Gerald Haddon, grandson of J.A.D. McCurdy, at the Chapter’s first annual dinner meeting in September 2009.  In February 2009, Tryggvason was delighted to fly the Silver Dart replica, built by the AEA 2005 volunteers, at Baddeck Nova Scotia.  He made several flights on that memorable occasion, in recognition of the 100th anniversary of the first powered flight in Canada by J.A.D. McCurdy. 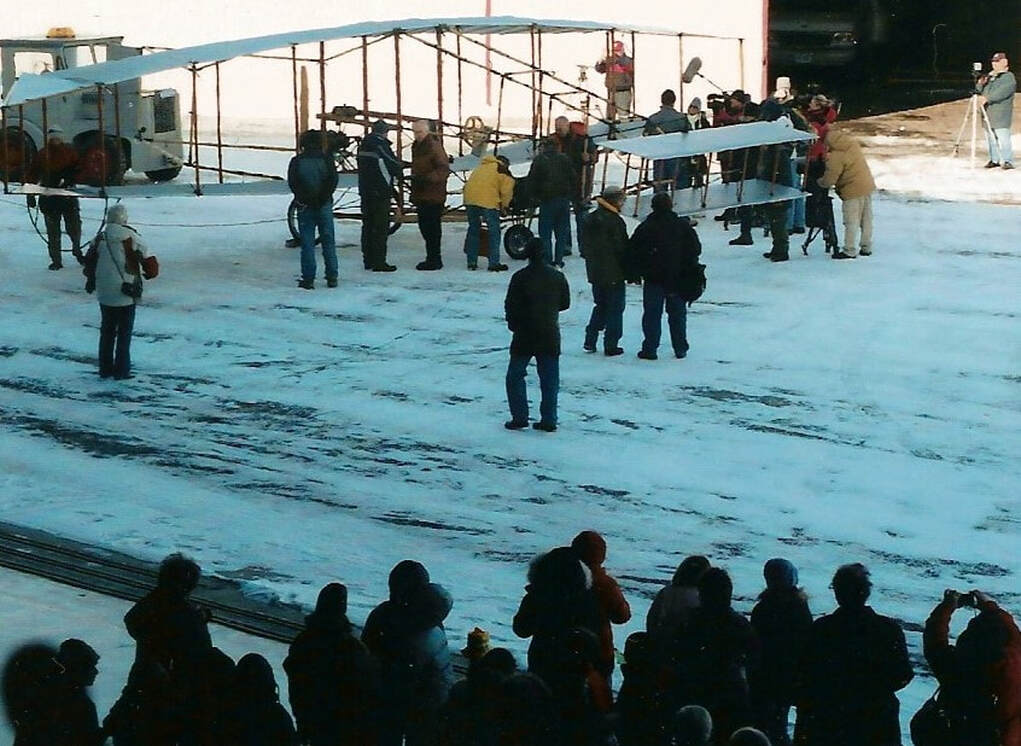 Aviation fans and news media surround the Silver Dart replica, test flown by Bjarni Tryggvason, at Hamilton International Airport in 2009.
People came from far and wide to watch the replica take flight. “It was a fabulous experience,” Tryggvason said in his presentation to the Chapter.  He paid tribute to the AEA team, which invested about 6,000 man hours of work to complete the replica, assembled at Niagara Falls, ON.

Tryggvason’s many accomplishments were suitably recognized with his induction into Canada’s Aviation Hall of Fame in 2019 and will be celebrated at the 47th Induction Ceremony on June 23.

A flypast of 10 vintage aircraft, including seven Harvards, provided a fitting salute as the Celebration of Life concluded and attendees enjoyed sharing their memories at a reception in the hangar.
Click Here to return to the articles page.